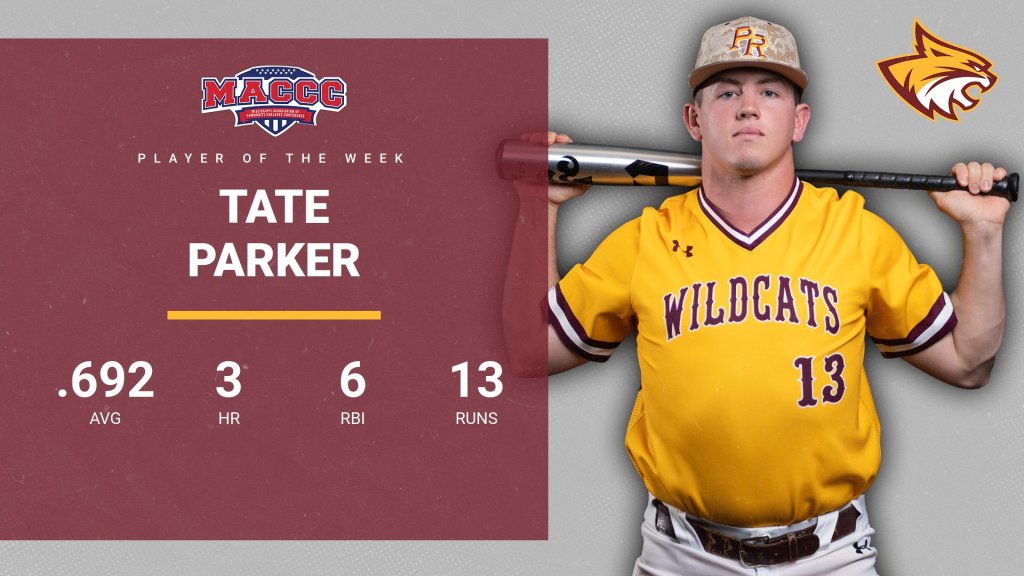 POPLARVILLE, Miss. — One day after being named one of the Forrest General Wildcats of the Week, No. 1 Pearl River’s Tate Parker (Gulfport; West Harrison) has been selected as the Mississippi Association of Community Colleges Conference Player of the Week.

The center fielder lands the award after helping the Wildcats sweep then No. 5 East Central and Coahoma.

Parker has been a threat in the batter’s box all season long as he currently has a .495 batting average with 10 homers, five doubles, three triples, 37 runs and 36 RBIs.

Parker’s name is all over the national leaderboard this season. Going into today’s doubleheader against Gulf Coast, he is first in the NJCAA in homers (10), sixth in hits (46), seventh in RBIs (36) and tenth in runs scored (37).

RANKINGS
In the NJCAA’s week five poll, Pearl River earned the ranking of No. 1. The ranking marks the first time since 2005 that the Wildcats have taken the top spot in the NJCAA poll.