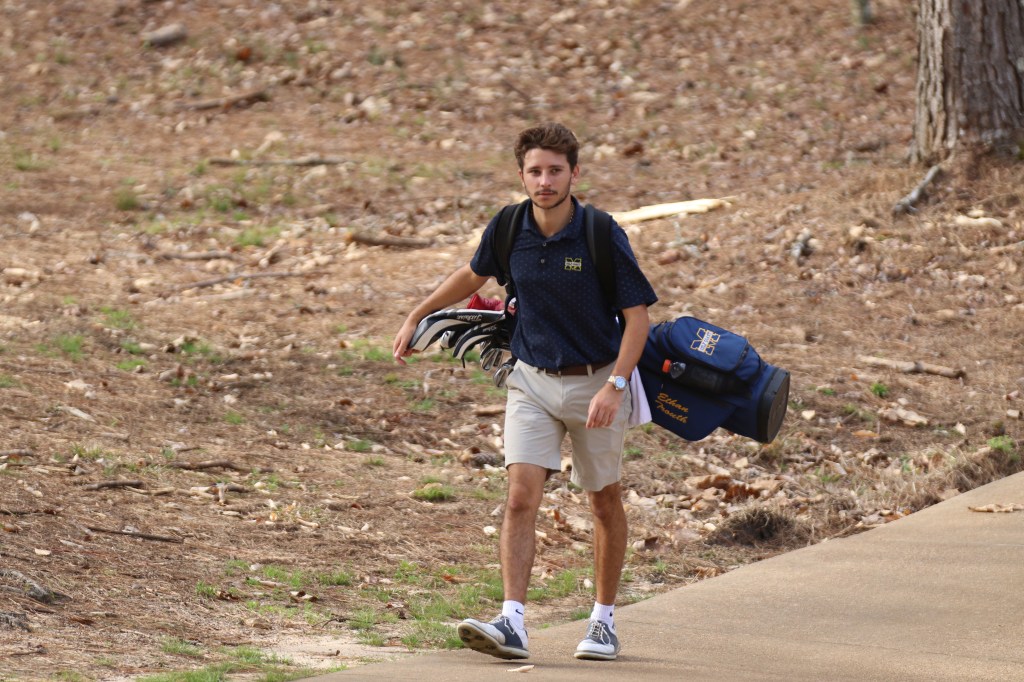 No. 1 Mississippi Gulf Coast couldn’t reel No. 6 Meridian in Monday and lost by 11 strokes at the East Central Spring Invitational.

The Bulldogs finished at 15-over par on the Azalea Course at Dancing Rabbit Golf Course in Philadelphia.

“Meridian came out and played really well,” Gulf Coast coach Brad Thornton said. “All the credit to them. They’ve been able to get it done, and we’ve got some work to do. I think the guys have bought into that. We’re going to get back to work tomorrow and be ready next week.”

Ethan Trouth (So., Sutton Coldfield, England/The Streetly Academy) charged five places up the leaderboard to finish second. He shot 3-under to pass first-round leader Tate Dickerson by a shot and wound up three behind Meridian’s Noah Bumgarner.

“Ethan has done an outstanding job this semester,” Thornton said. “I feel like he was challenged starting this semester, and he’s done everything that’s been asked of him. The results showed today. He put himself in position to win the golf tournament.”

Chase Kaiser (Fr., Natchez/Cathedral) missed joining Trouth on the All-Tournament team by a stroke, and David Beard (Fr., Madison/Madison Central) shot 2-under 70 to move up 12 spots into a tie for 10th.

Gulf Coast heads out of conference next week to play at the GlenLakes Invitational in Foley, Ala. The Bulldogs won the NJCAA Division II Golf Championship there in 2018, and the two-day tournament will start Monday.

“We had a tough finish coming down the stretch from a couple guys, but overall, I thought we played better today,” Thornton said. “We just gave them too much of an advantage after Day 1. They came out and shut the door on us. That’s what good teams do.”