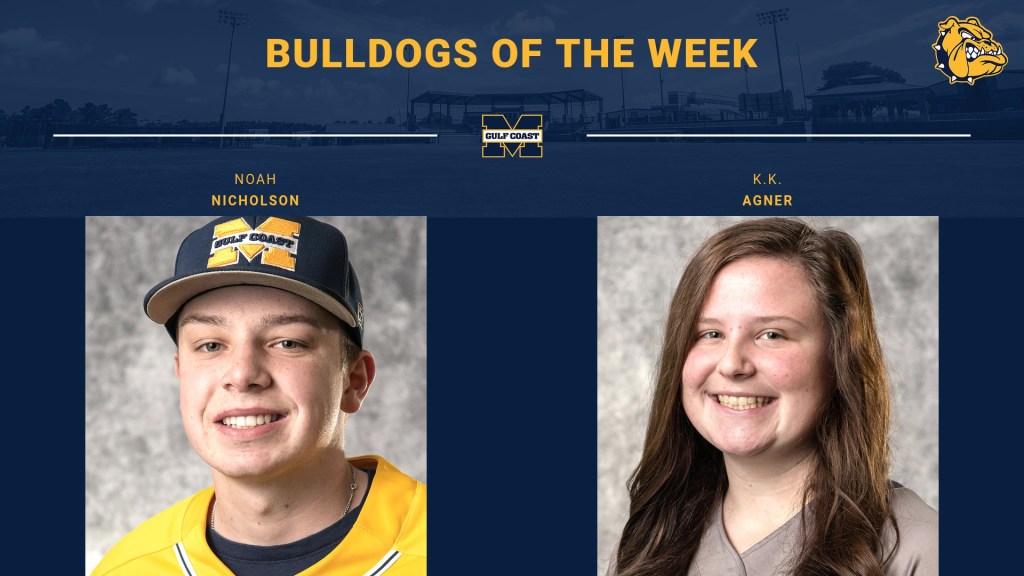 PERKINSTON — Noah Nicholson and K.K. Agner have been named Bulldogs of the Week for March 21-27.

Nicholson, a freshman from Vancleave, allowed just one run in six innings of work during an 11-1 win at Hinds. He struck out five and walked one.

Agner, a sophomore first baseman from Horn Lake, hit home runs in three consecutive at-bats during a doubleheader sweep of Hinds. Her grand slam ended a 12-4 win in Game 1, and she hit solo homers her first two times up in a 5-1 win in the second game. She drove in seven total runs.

Brendan McCauley, a sophomore second baseman from Gulfport, had two hits in each game during the split at Hinds. He had a double in the first game and a triple in the second with an RBI in both games.

Emaleigh Coates, a sophomore pitcher/third baseman from Lucedale, struck out 10 batters in a 5-1 win over Hinds. She allowed just four hits and has struck out 50 and walked eight in her last 30 innings. Coates also had a grand slam and five RBIs in the sweep of Hinds.