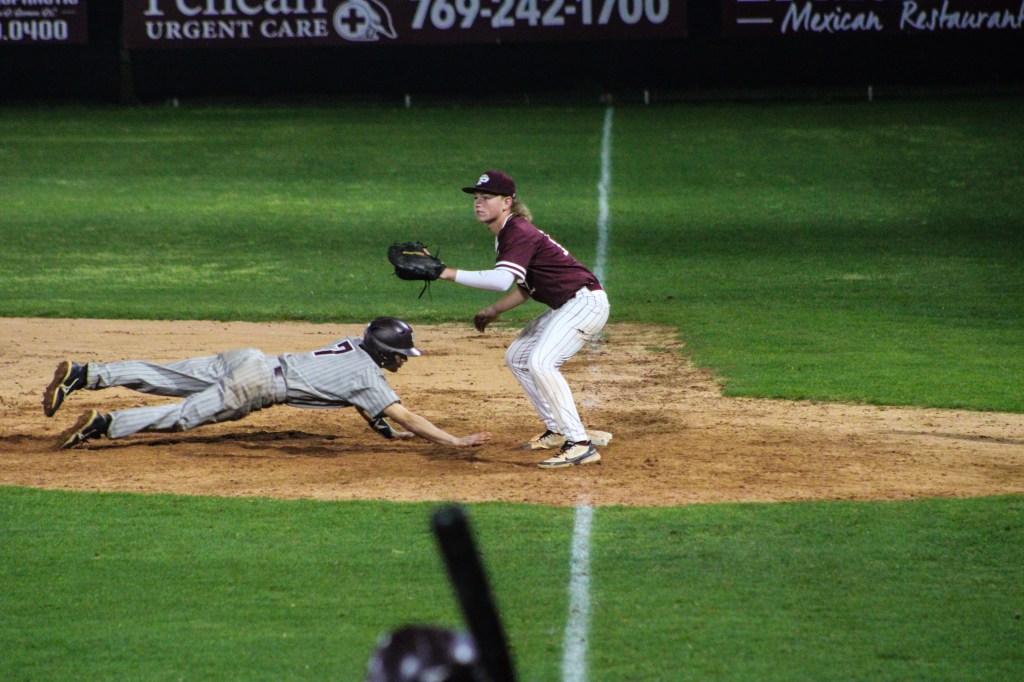 Morgan Craft gets a Hornets runner out at first base during a Maroon Tide 5-2 win on Tuesday night.

Tuesday’s originally scheduled away game for the Picayune Maroon Tide was switched to a home game versus the East Central Hornets.

At the end of the night, the Maroon Tide ended the team’s losing streak by beating the Hornets 5-2.

The Maroon Tide capped the game off in the sixth inning, scoring another run by Lumpkin. In the final inning, pitcher Tanner Busby secured the win by striking out the Hornets last two hitters.

Statistically: Davis and Underwood had one RBI, Underwood and Kyler King had doubles. Busby struck out eight hitters. As a team the Maroon Tide had 30 plate appearances and 5 hits.

Next, the Maroon Tide will rematch the Hornets at East Central High School on Wednesday, March 16. The game will start at 7 p.m.