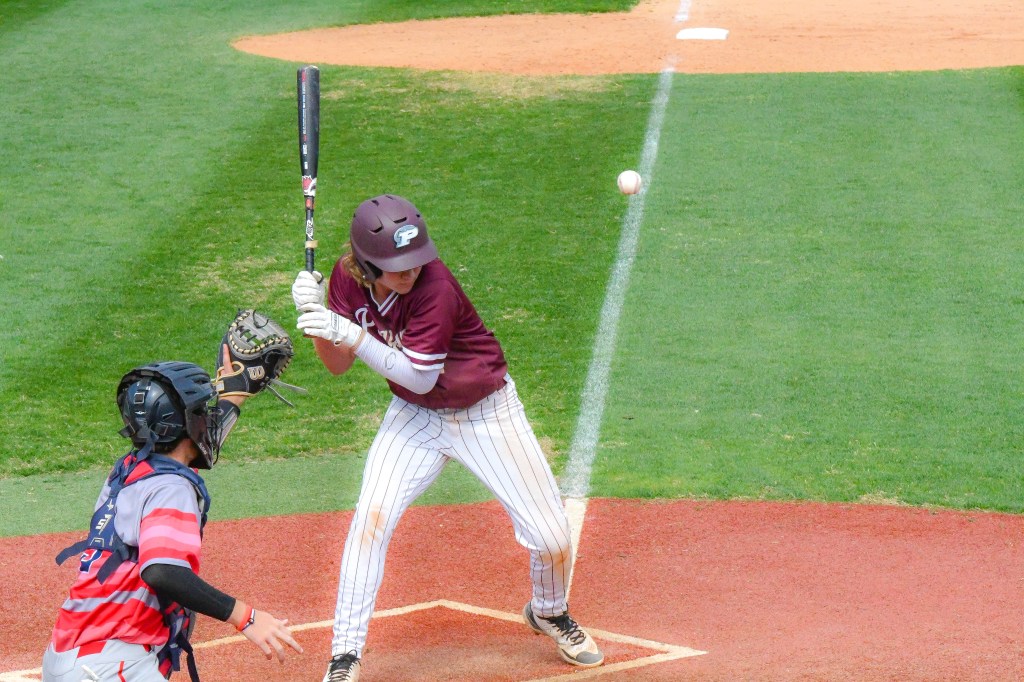 On Saturday the Picayune Maroon Tide baseball team hosted a doubled header against the Hancock Hawks. Both games featured strong plays by the Maroon Tide but a few defensive mishaps led to the team losing the lead and dropping two games at home.

“We didn’t make plays when we needed to, but I thought we hit the ball hard, and we hit the ball well. We didn’t execute, we made costly errors at the wrong time, but that second game I thought Brady Robinson threw well. That was probably the strongest start of his career, so that’s a bright spot moving forward,” said Head Coach Evan Nichelson.

“But we just got to continue to work hard and get better. We’re hitting the ball well, pretty proud of the way the offense has been. Got to get a little more consistency on the mound and make plays in key moments.”

In the bottom of the third, a hit by Morgan Craft let Underwood double from second base on to home. Tied 3-3 with two outs Morgan doubled from second base to home reclaiming the lead at 4-3.

During the top of the fifth, the Hawks made several big plays. Hancock scored two runners from third and second base, then another two from third and first base. With one out, the Hawks led 7-4. Before the Hawks could grow the lead, the Maroon Tide made a double play on second and third to close out the inning.

At the top of the sixth with Cooper Moreaux pitching, the Hawks added three runners to the team’s lead. At the bottom of the seventh, the Maroon Tide began cutting at the Hawks’ 12-4 lead. First Underwood doubled home, then Kyler King doubled home. Craft scored from third base then Moreaux scored right behind him. The Maroon Tide received its third out before pulling off the comeback. The Hawks won game one 12-8.

In game two, Robinson took the mound and the Maroon Tide led 2-0 after one inning and the team’s lead increased to 6-1 after the fourth inning. In the bottom of the sixth, the Hawks had bases loaded, and scored all three runners to cut the lead down to 6-4.

King pitched for the Maroon Tide at the top of the seventh. The Hawks got runners on third and first base with no outs. They scored one runner making it 6-5 with bases loaded. The Maroon Tide got one out but Hawks managed to score two runners that gave them the lead at 7-6. The Hawks had bases loaded again and scored one runner before getting their third out. At the bottom of the seventh, the Maroon Tide struck out before mounting a comeback. They fell to the Hawks in a late 8-6 comeback.

Statistically in game one, the Maroon Tide had a total of 33 at bats 11 hits, and four RBIs.

In game two, the Maroon Tide had a total of 27 at bats, seven hits and three RBIs.

For the remainder of the week the Maroon Tide will play the Gators again on Friday at Picayune and on Saturday they’ll host the Forrest County Aggies for a double header at 11 a.m. and 1 p.m.