Maroon Tide fall short in a come back against the Bearcats 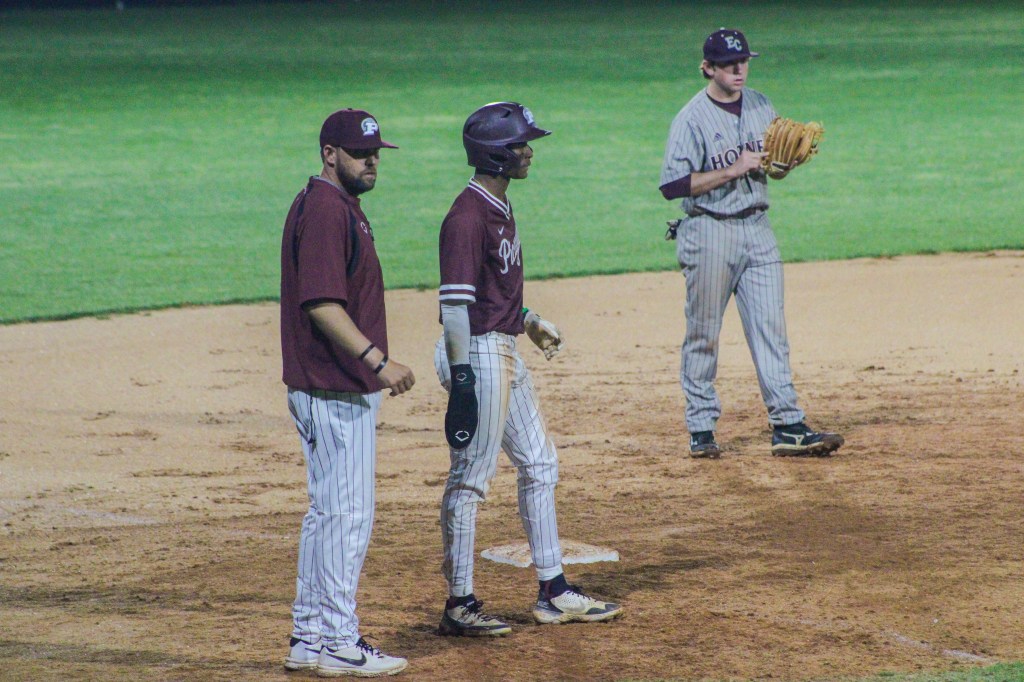 On Tuesday night, the Picayune Maroon Tide baseball team came close to stealing a district on-the-road win against the Long Beach the Bearcats, but fell 4-3 to the Bearcats.
In spite of the loss, coach Evan Nichelson was proud of the team’s effort.

“Thought the kids played hard, we pitched well. Tanner Busby threw well and kept us in the game to give a shot to win it. We scrapped a couple of late runs, applied some pressure. We could of hit better with runners on base and apply a little more pressure with runners on base but as far as the effort they were great and gave themselves a chance to win,” said Picayune baseball Head Coach Evan Nichelson.

During Tuesday’s game, the Maroon Tide trailed 3-0 until the seventh inning. At that point in the game, Picayune produced three runs, tying the game at 3-3. The Bearcats came in clutch scoring one off run at the bottom of the seventh to end the game.

Nichelson’s approach was to grind the bats out having faced a good pitching Bearcats team, and give themselves a chance to win late.

“We did, we just came up short, we didn’t get the big hit we needed,” said Nichelson.

Next the Maroon Tide will face the Bearcats this Friday, April 1 at home with an aim to split the series.
The game plan will be the same as usual for the Maroon Tide, pitch play, good defense and grinding out at bat.
“In think when the dust settles we’ll like where we’re at. The kids are playing hard, they’re competing everyday. If they keep playing as hard as they are, good things are going to happen,” said Nichelson.