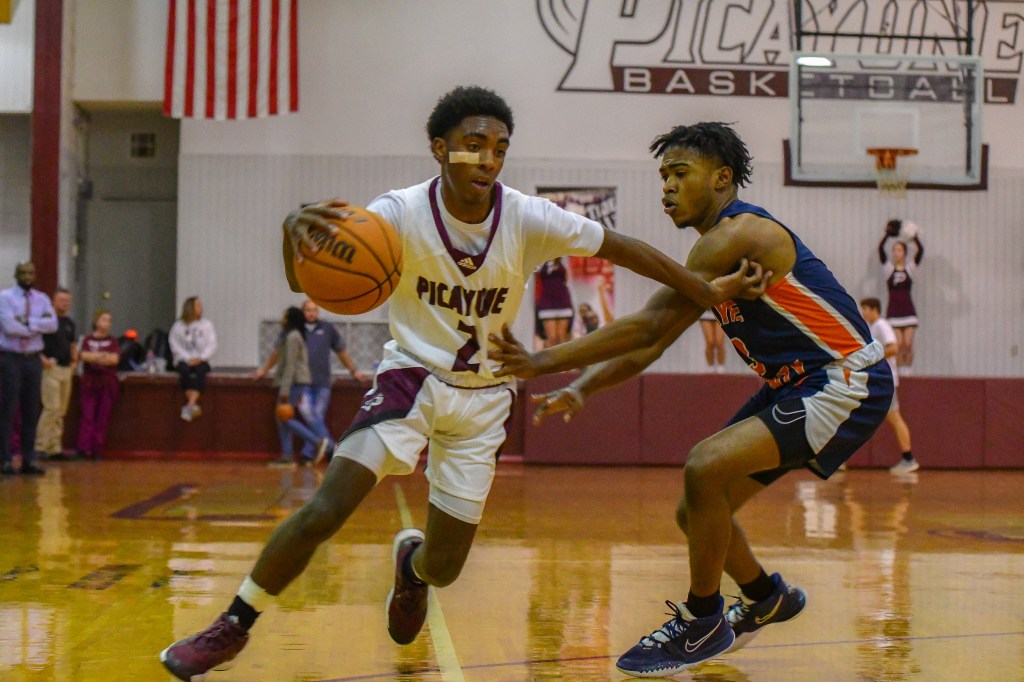 Both teams were tied at 13-13 after the first quarter, which changed to the Trojans holding a slight 28-23 lead at the half. At one point of the third quarter, the Maroon Tide led the Trojans by seven points but both teams went into the fourth quarter tied at 45-45. From there, the Trojans took control and in the end crushed the Maroon Tide’s championship hopes.

“I felt the guys were prepared and ready, we approached that game very well. They pushed us a little bit and we responded. We were there until the third quarter. We made a couple mistakes and turnovers and the momentum changed. We were still there, we tried to manage but we didn’t handle the fourth quarter very well and we let one go,” said Head Coach Eric Vianney.” I’m very proud of the boys, they battled, they competed, they didn’t give in, didn’t give up, we belong there and that’s why we worked so hard to get to that level.”

Picayune lost despite shooting 51 percent (23 of 45) from the floor. Isaac Brice led the Maroon Tide with 16 points and 9 rebounds. Jaheim Everett and Dakeith Quinn scored 10 points each.

Looking forward, Vianney expects nothing less than a championship appearance. The journey is going to be hard after losing the team’s senior contributors in Isaac Brice, Jaylen Martin and Isaiah Ramsey, but having the experience of playing in the playoffs and being in close games is big for Vianney and the young returners.

“Understand, this is what it’s about and why we do everything we do… to perform at the highest level,” said Vianney. “I’m very pound of these guys not only the seniors but… Josh, Jaheim, Niqui, Quinn, Darrell, with all those guys coming back hopefully we can continue to get better and build and believe that we belong there and that we can play at that level.”