Maroon Tide fall in close match with the Aggies 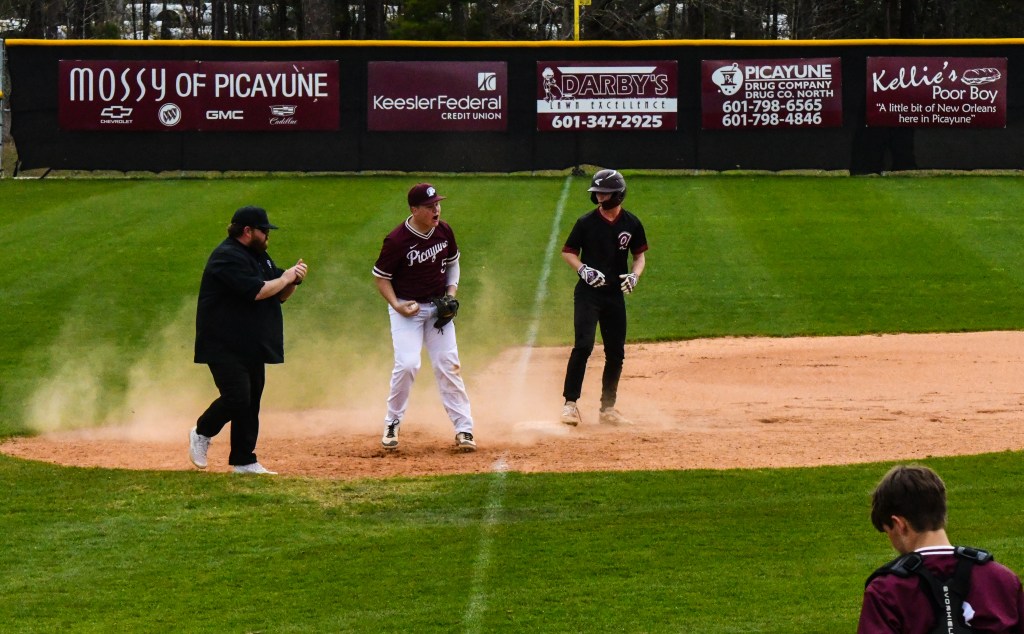 Trenton Watts gets fired up after tagging an Aggies runner at third base during Maroon Tide’s 8-7 loss Saturday afternoon.

Over the weekend the Picayune Maroon Tide baseball team lost to the Forrest County Aggies 8-7 at home.

The Maroon Tide trailed the Aggies 5-0 in the top of the first but in the bottom of the inning the Tide scored two runs courtesy of Cooper Mareaux’s single and Morgan Craft’s double to home.

At the bottom of the third, the Maroon Tide took the team’s first lead. Tied at 5-5. Parker Helton’s hit up the middle allowed Dawson Underwood to single to home and help Picayune take a 6-5 lead. The Maroon Tide increased that lead to 7-5 after Helton stole home from third base.

At the top of the fourth and fifth the Aggies continued from where they left off in the first inning. The visiting team got on base early and shortened the Maroon Tide’s lead to 7-6.

With two outs Helton made a defensive play behind third base and put an Aggies runner out at first for the team’s third out.

Next, the Maroon Tide will travel to Vancleave to play the Bulldogs (4-5) this Tuesday at 7 p.m.