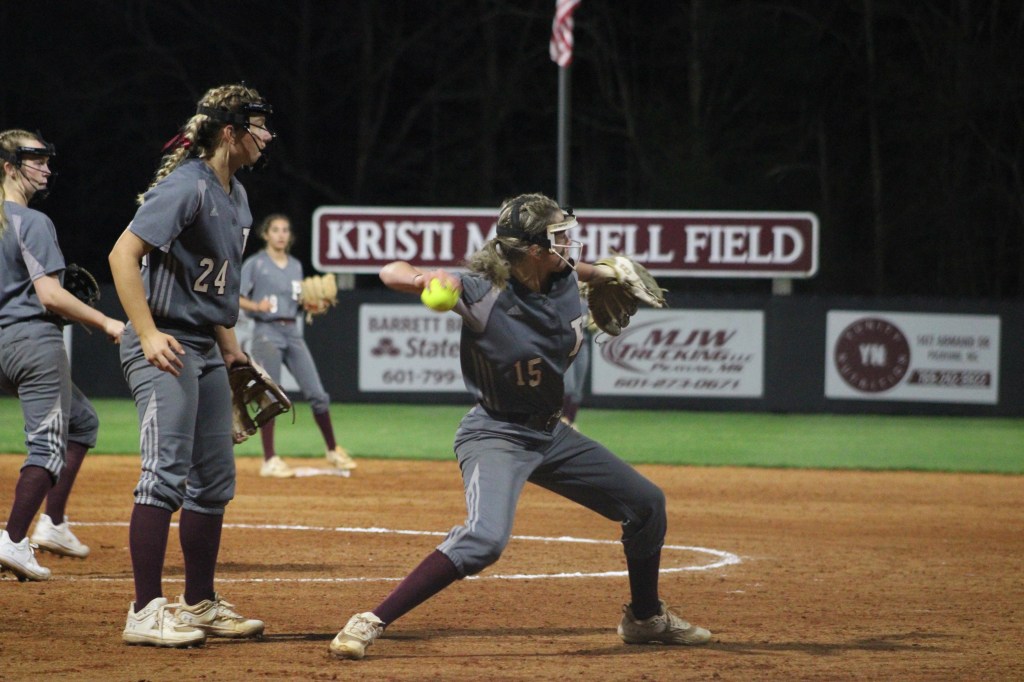 Clutch Plays: Skylar Timmons throws the ball to first base and outs Hornets runner during a Maroon Tide 9-3 win on Thursdays night.

Before Thursday’s contest between the Picayune Lady Maroon Tide and the Poplarville Lady Hornets, Picayune honored the team’s five seniors, Remi Folse, Madison Keyes, Jazmyn Littles, Ryleigh Craft and Kylie Burnette.
During the game, the Lady Tide trailed the Lady Hornets 2-0 at the top of the first. Lead off hiiter Addison Alexander started the Lady Hornets off on a great note getting on base and eventually tripled home off Shailey Peterson’s RBI. With Peterson on third, Kaitlynn Schonewitz’s base hit allowed Peterson to score.
At the top of the third, the Lady Hornets added another run courtesy of Denasia Fulton’s single RBI. The Lady Hornets led 3-0.
The Lady Tide finally made some noise in the following inning, scoring 4 runs. With runners on third and first, Brooklyn Wilson’s base hit and a single brouhght Addison Watts home from third base, giving Picayune its first run of the night. Then, with runners on third and second base, Katrina Bolden doubled, bringing Wilson and Kaigyn Kauls home to tie the game at 3-3. With no outs and Bolden on third, a Lady Hornets error allowed Bolden to steal home plate, giving the Lady Tide the team’s first lead of the night at 4-3.
In the bottom of the sixth, a Watts double gave the Lady Tide a 6-3 lead and later Brooklyn Keller’s base hit allowed Kulas to scor from second base. Right after that with Addison Taggard at bat, she connected with a pitch and allowed Wilson to score from third base. And the runs continued with Barcley Martinez at bat, she also connected with a Lady Hornets’ pitch, allowing another runner to score. The Lady Tide tacked on 5 runs in that inning giving the them the 9-3 win.
Next, the Lady Tide (10-5) will have three back to back home games, beginning with a matchup between the West Harrison Hurricanes. That first game is set for March 22, at 6:30 p.m.
The Lady Hornets (4-11) will travel to Columbia to play the Columbia Wildcats on March 22, at 6:30 p.m. 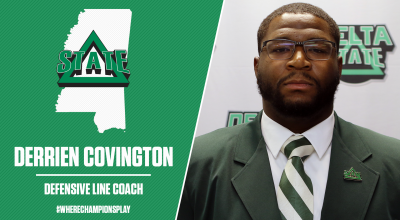