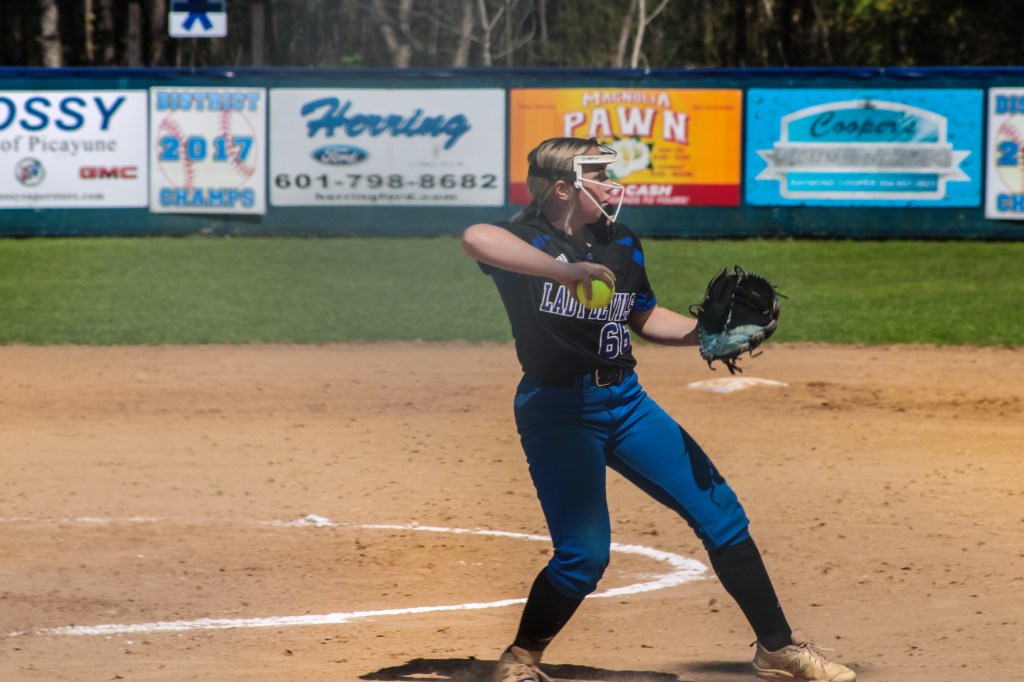 The Lady Blue Devils ended the non-district schedule with a bang. Saturday morning Pearl River Central played the George County Rebels in full innings, pulling out a 12-4 win. The team now advances to 9-5 on the year with district play right round the corner.

At the bottom of the of the third, Izzy Martin hit her seventh home run of the year, increasing the Lady Blue Devils’ lead to 3-0.

The Rebels did not go down quietly, scoring four runs in a row at the top of the fourth inning. This gave the Rebels a 4-3 lead over the Lady Blue Devils.

At the bottom of the fourth with the Blue Devils loading the bases, the Rebels played it safe by walking Martin. That tied the game at 4-4. But the inevitable still happed. With Dean at bat and bases loaded, she hit a grand slam over the left wall and the Lady Blue Devils reclaimed the lead at 8-4.

At the bottom of the fifth, Bennett’s base hit allowed Bayli Cucinello and Baylee DeVore to score, increasing Pearl River Central’s lead to 10-4. Before getting a third out, Dean had another single RBI to put her team up 11-4.

The Lady Blue Devils put the finishing touches to the win in the bottom of the sixth, scoring a run off a Rebels error for a 12-4 win.

Statistically: Dean had six RBIs, Bennett had three and Martin had two. Cucinello had three runs, Carsyn Cacioppo, DeVore, and Martin each had two runs, and Skylar Stasik, Dean and Bennett had one each.

Next, the Lady Blue Devils will be on the road to play the Long Beach Bearcats on Tuesday, March 22 at 6:30 p.m.

Picayune, Poplarville and PRC swing into their district schedules…