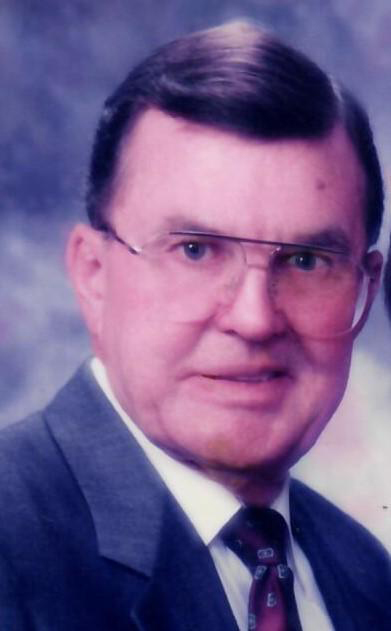 A Celebration of Life for Jack Spiers, age 91 of Carriere, MS, who passed away February 20, 2022, will be held March 19, 2022. Arrangements are under the direction of McDonald Funeral Home in Picayune, MS. Visitation will be at 10:00 a.m. with the service following at 11:00 a.m. Burial will be held privately.
A native of McNeill, MS, Jack attended Pearl River Junior College and graduated with a Bachelor of Science in Chemistry from Louisiana State University. He was also a veteran of the United States Navy and a member of the First United Methodist Church of Picayune. ­During his career, he was a Production Manager for Standard Brands, Inc. in New Orleans, LA and Plant Manager for the USM Corporation in Kenton, TN and in Marshall, MI. He eventually settled in Luling, LA where he retired as Director of the St. Charles Parish Waterworks.
Post-retirement, Jack relocated to Carriere, MS where he was actively involved in The Pearl River County Historical Society and McNeil Cemetery Association. He was a prolific writer and family historian. He wrote many entertaining stories for family and friends to cherish.
He was preceded in death by his parents, Robert S. Spiers and Blanche Odell Spiers; his loving and devoted wife of 50 years, Frances Worthy Spiers; his son, Gerald Roger Spiers; his daughter, Janet Spiers LeBlanc; and his brothers, Robert S. Spiers, Jr. and Max Spiers.
Left to cherish his memory are his loving and devoted daughter, Celeste Spiers (Jaime) Yanes; his grandchildren, Brian LeBlanc, Christopher (Amy) Yanes, Evan (Elena) Yanes, and Katelyn Yanes; 4 great grandchildren; his sisters, Shirley Hollimon and Peggy (Mitch) Garriga; and numerous nieces and nephews.
Obituary, Register Book, and Driving Directions can be found on the internet page, at www.mcdonaldfh.com
In lieu of flowers, contributions may be made to the McNeill Cemetery Association, P.O. Box 27, McNeill, MS 39457.