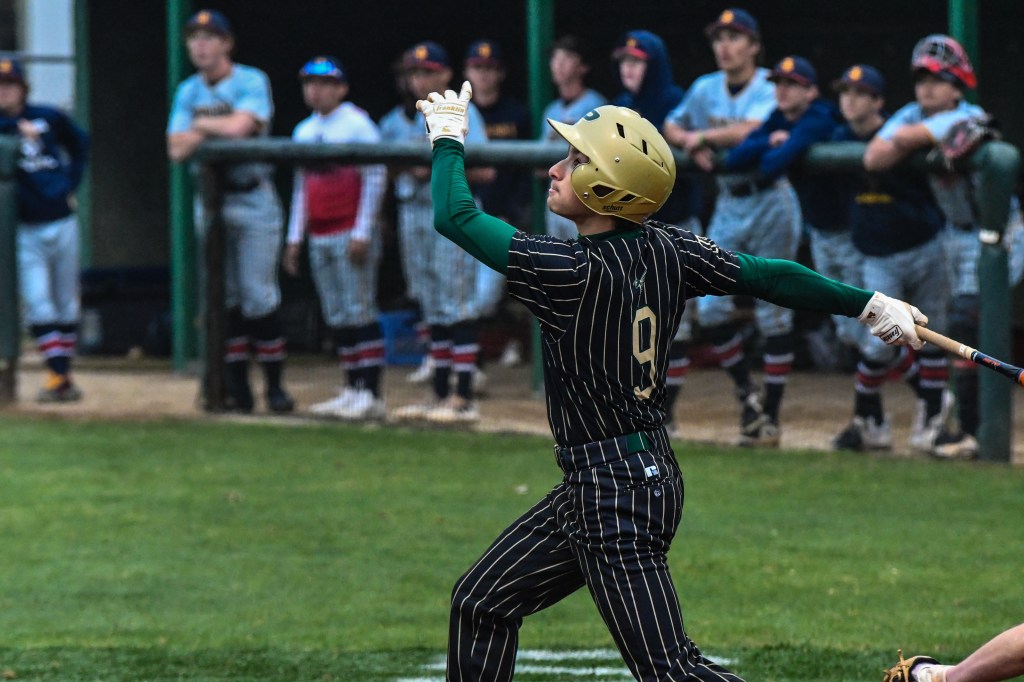 Emile Pace connects on a pitch, getting him on first base during the Hornets 1-1 split double-header against the Jaguars.

During Tuesday’s double-header, the Poplarville Hornets fell 11-4 to the Pope John Paul II Jaguars, but in game two the Hornets came back stinging. Poplarville shut the Jaguars out 11-0 in the first four innings and finished the game in five innings 11-1.

“In game one we didn’t play well enough to win, we shouldn’t of won, we didn’t win. Very uncharacteristically the things that we take pride on being good at, we didn’t do them.” Head Baseball Coach Slade Jones said. “We haven’t played that bad in a long time… but the good news is we were able to bounce back in game two and do all the things we typically do and do take pride in doing and the results were a lot different.”

In game one at the bottom of the fifth, Zack Smith hit a dinger over the right wall to bring he Hornets within 6-3 of the Jaguars’ lead. The Jaguars held on to win 11-4.

Other contributors for the Hornets include single scores from Riley Passman, Joseph Blackney, Jayden Holden, Prenston Smith and Tristen Powe.

The Hornets move to 10-1 on the season and will head to Franklinton, La. to play the Franklinton Demons on Thursday at 6:30 p.m.