Hornets escape the Cougars in a rough 13-10 win 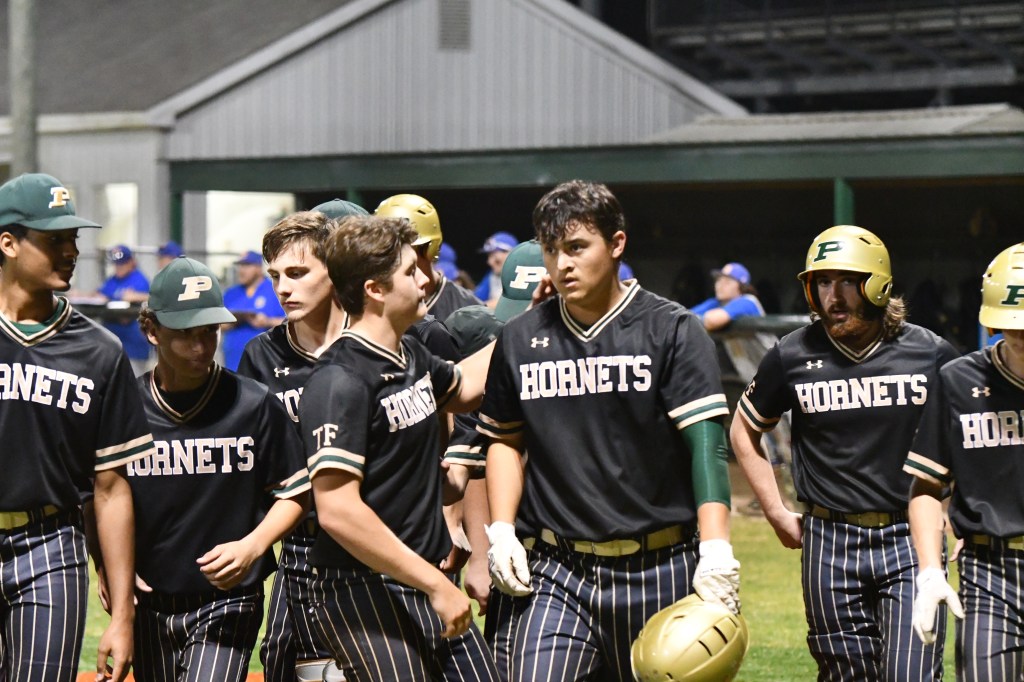 Monday’s game against the Laurence County Cougars (0-2 in district) was not a great showing by the Poplarville Hornets, even though the team won 13-10.
“The biggest thing is we were able to get out of there with a win, we didn’t play well defensively, we made several errors in the infield, behind the plate, we made one or two errors in the out field…I would say we played our worst game of the year,” said Poplarville Head Baseball Coach Slade Jones.
“But we were able to escape and get out of there with a win.”
Jones took away some positive aspects of the game, such as his players competed and showed the ability to get something done when needed.
“We needed some big hits there late in the game, Emile Pace he had several at bats that were huge, and he was able to get something for us, whether it was reaching base or getting a actual hits,” said Slade.
“To me that’s what a good hitter does, they get hits when you need them and he was able to do that for us.”
Statistically, Pace, Joseph Blakeney and Zack Smith each had two RBIs.
Eli Goodwin had one RBI with three walks and Brock Sheppard had one RBI. Matt Rogers pitched well on Monday, striking out seven batters, with two walks and one error.
The Hornets (1-2 in district and 13-3 overall) will attempt a two game sweep as they host the
Cougars on March, 25 at 7 p.m.
Slade will look for his team to perform better on Friday in all areas as they stand in third place in the region currently.