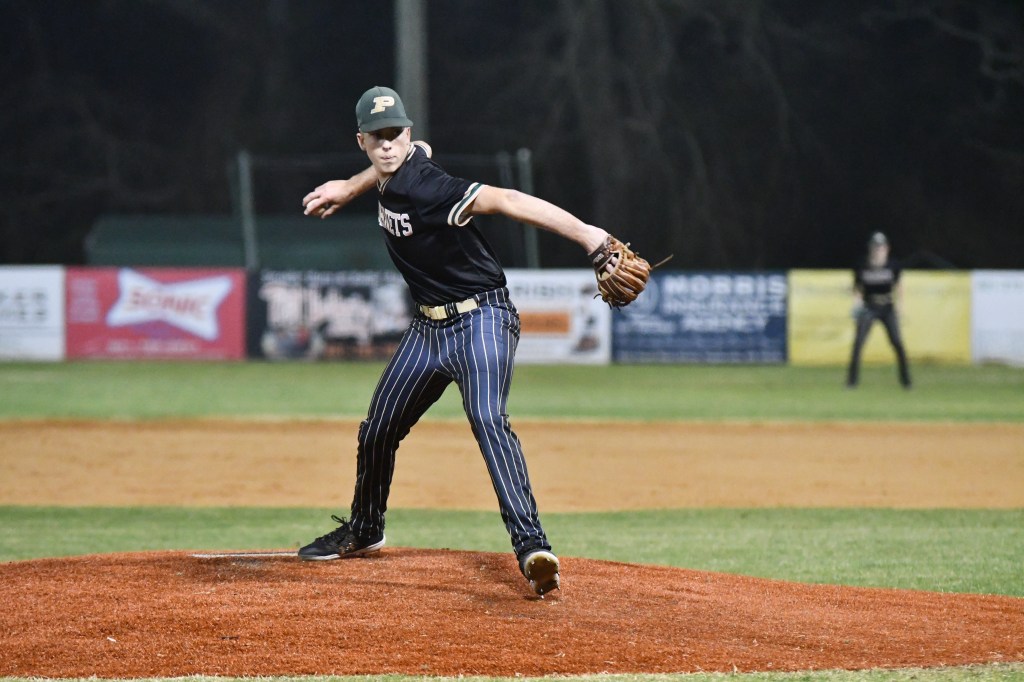 The Poplarville Hornets (7-0) baseball team is rolling strong after picking up three more wins in the past four days. On Feb. 25 the Hornets shut out the Bay High Tigers 18-0. The following day, the Hornets won a close match against the Pass Christian Pirates, 2-1 and on March 1, the Hornets beat the Perry Central Bulldogs, 13-7.
Against the Tigers everything was clicking on all cylinders for the Hornets.
“We did about just everything right, pitchers did really well, offensively we played near perfect,” said Head Coach Slade Jones.
Against a good Pass Christian team the Hornets broke their 1-1 tie taking a 2-1 lead at the bottom of the seventh. Jones praised his team’s ability in a tight scoring game to get one run and have the ability to stop the Pirates from getting one run.
“To me big games are like that,” he said.
Against the Perry Central Bulldogs the Hornets had an outstanding start to the game, leading 12-0 after two innings. Having that big of a lead allowed the team to rotate pitchers on the mound.
“That was the time to get some other pitchers in there, give them some work,” said Jones. “They had some command issues, no big deal, we wound up winning. It was an opportunity to work some different pitchers in there and give them some varsity action.”
As of now Jones says all players, from the younger classmen to senior classmen, are doing their job.
“We got good players and everybody is doing their job right now,” he said.
Next, the Hornets hope to keep the winning streak alive, as the team will host the Pine Raiders this Thursday at 7 p.m.