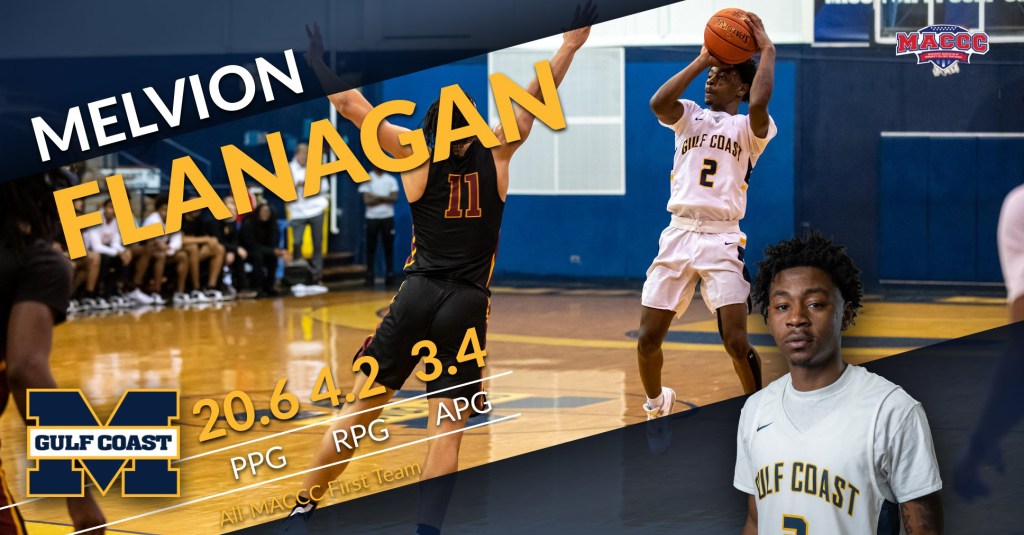 “What can I say about Melvion?” Gulf Coast coach Tim Ryan said. “He had a tremendous season for us. Whenever you needed a basket, Mel could get it for you.”

Flanagan finished third in the MACCC by averaging 20.6 points, the 20th-best in the NJCAA this season. He was eighth in steals at 1.9 per game and also grabbed 4.2 rebounds a contest.

Flanagan scored 20 or more points in 17 games, including a stretch of six straight conference games starting with the beginning of the spring semester. He twice had his season-high in that stretch with 27 at Coahoma and at Hinds.

He registered a season-high four steals against East Central and at Bishop State. His season-best rebounding effort was eight at Baton Rouge.

Flanagan was named to the All-MACCC South First Team as a freshman and earned a spot on the All-Region 23 team.