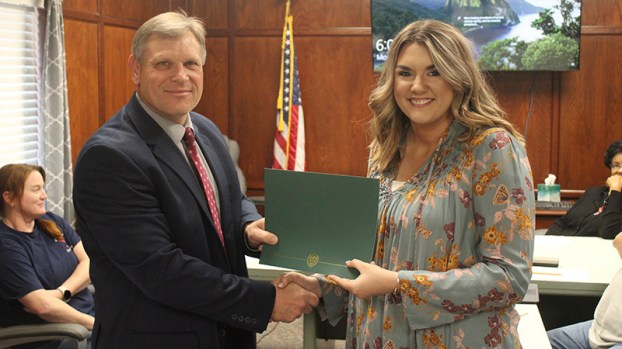 Ally Knight, pictured at right, was named Teacher of the Year at Poplarville Upper Elementary. Photo by David Thornton Jr. 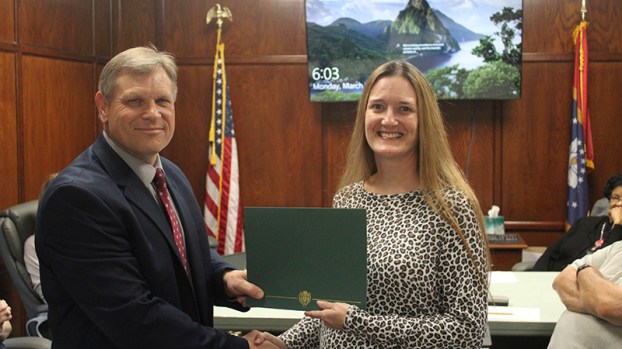 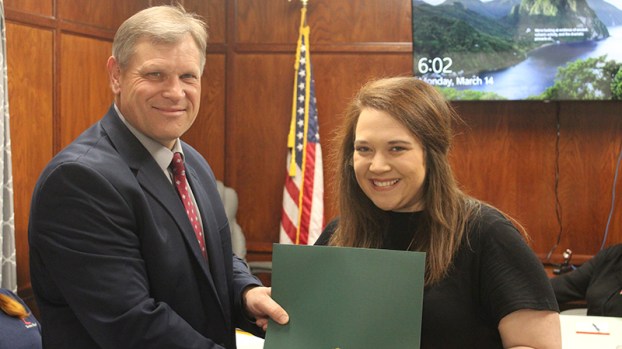 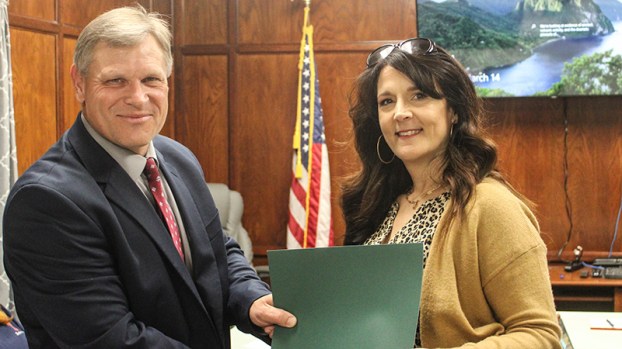 From left are Superintendent Jonathan Will and Poplarville Lower Elementary Principal Sonya Garrett. Garrett was named Administrator of the Year during Monday’s School Board meeting. Photo by David Thornton Jr. 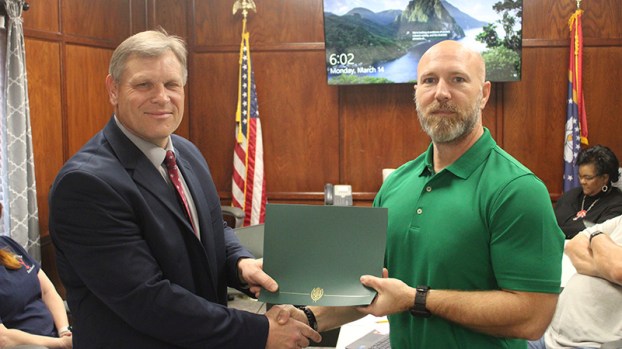 Poplarville High School’s Teacher of the Year was awarded to Brad Wells, pictured at right. Photo by David Thornton Jr.

During Monday’s meeting of the Poplarville School District’s Board of Trustees, the Board recognized the administrator and teachers of the year.

Administrator of the Year was awarded to Sonya Garrett, Principal of Poplarville Lower Elementary. She has been the school’s principal for over three years and served as assistant principal prior to that. Before arriving at PLE, Garrett served for 23 years at Poplarville Junior High and Middle School of Poplarville as a teacher and librarian.

After the teacher recognition, the Board moved forward with the agenda approving motions to apply for three grants, including the Operation Round-Up grant, a grant from Lower Pearl River Valley Foundation and the USTA Court Resurface grant to secure funds for the improvement of  tennis courts at the high school.

In other business, the Board accepted two bids, one from Richton Tie and Timber for the sale of timber and another for the artificial turf project contract with Sports Contractors Unlimited. The Poplarville football field is currently being remodeled with new turf. That work is projected for completion in late July. Then the crews will shift to the baseball and softball fields where turf on those fields will be ready by the 2022-23 spring season.

The Board also approved the Emergency Agreement for Psychological Evaluations Services with Kristi Mong. Mong will be provide testing services for students who may need that service.