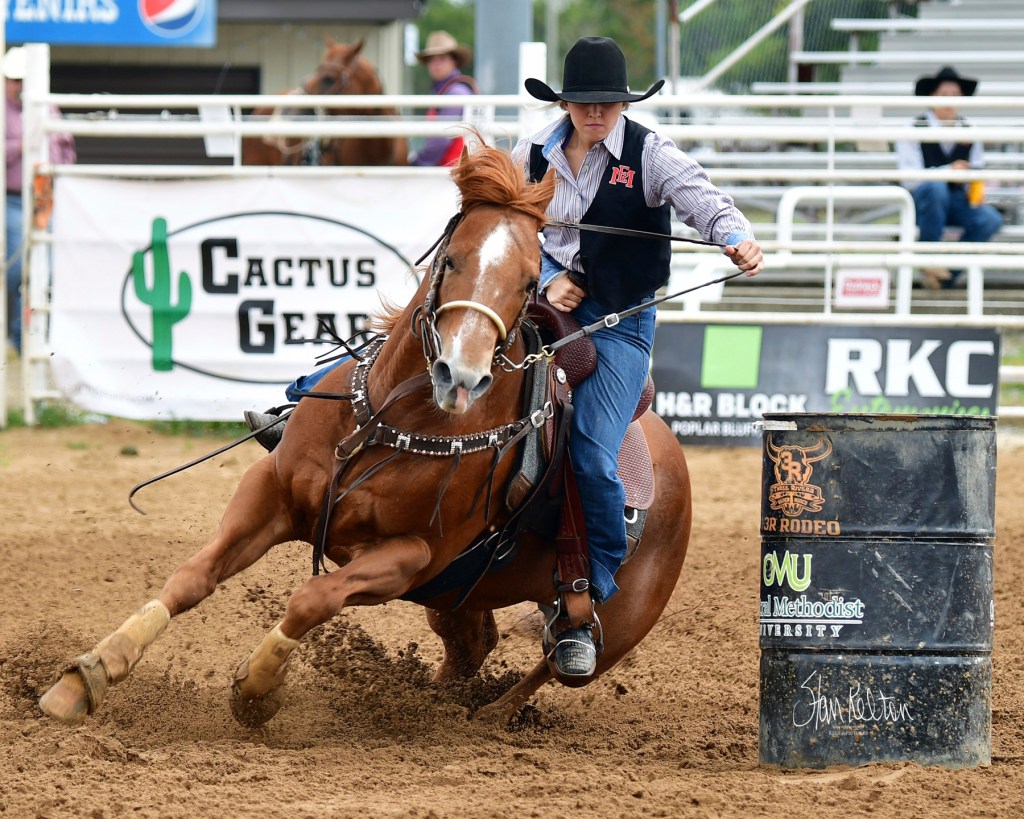 In the team roping competition, EMCC’s Matt Watt, out of Kemper Academy, teamed with Southern Arkansas’ Booker McCutchen to finish first with 125 points apiece after posting a winning time of 5.2 seconds during Saturday’s championship round.

Also in team roping for EMCC, the tandem of Laine Moore (Albertville, AL) and Tanner Brown (Florence) totaled 130 points between them for their fifth-place tie. In addition, brothers Cooper and Cade Cowan, from Marshall Academy, weren’t able to keep their streak of three consecutive team roping regional wins going after failing to record a time during their second-round run. The duo tied for first place in the opening round with a time of 5.7 seconds to earn 55 points apiece.

The Lions compiled 190 team points in the steer wrestling competition, as Myles Neighbors (Benton, AR) placed second (150 points) with a pair of 5.6-second efforts. Moore earned an additional 40 points for his fifth-place finish in the event to go along with his team roping performance.

On the women’s side for EMCC, top-ranked Jaylie Matthews maintained her national lead among 2021-22 National Intercollegiate Rodeo Association barrel racers by claiming her 12th career regional event title and fifth of the current season. Her times of 14.52 and 14.2 seconds earned her 155 points at the PRCC event to give her 1,075 total points in seven events this season. The Wynne, Ark., native previously had three first-place finishes as the 2019-20 Ozark Region champion and followed up with four titles in her specialty event last season.

Coach Morgan Goodrich’s East Mississippi rodeo teams will next compete at the University of Tennessee at Martin rodeo, April 7-9.