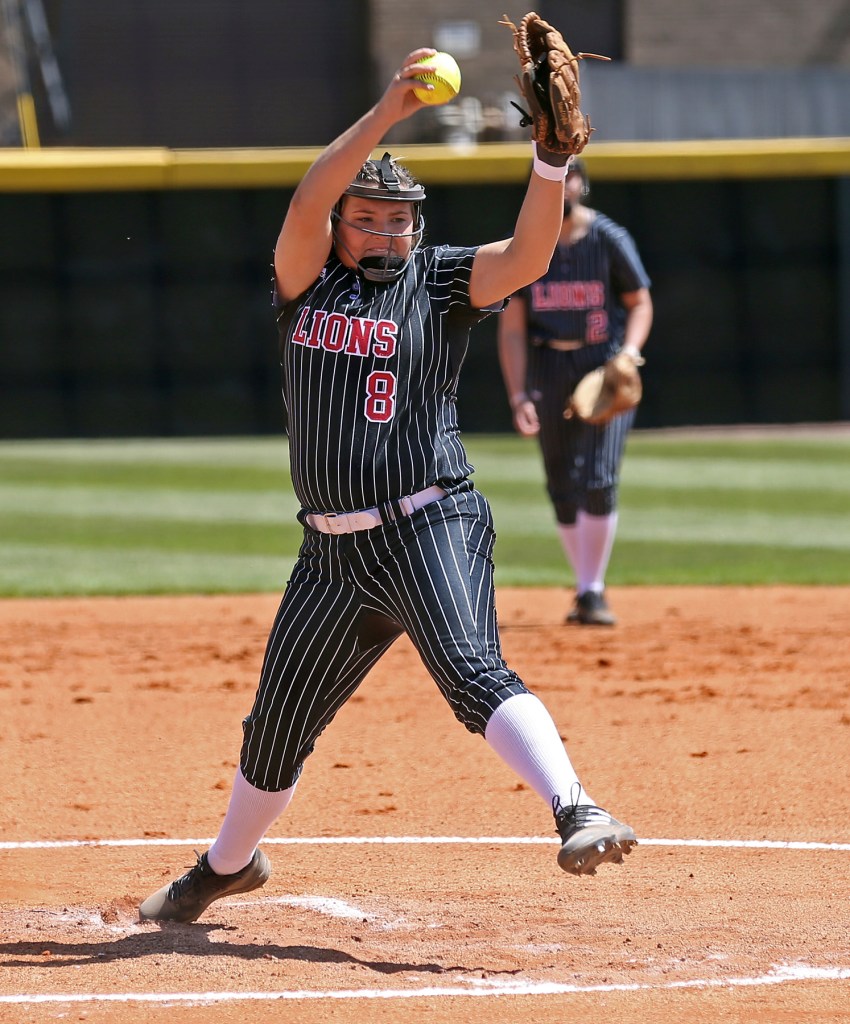 SCOOBA — In the midst of a challenging month of March against nationally ranked conference competition, East Mississippi Community College’s softball team fell 16-6 and 5-4 to 17th-ranked Southwest Mississippi during Saturday’s MACCC action played on the Scooba campus.

Following an error-filled opening game that was decided via the run rule, the home-standing EMCC Lions bounced back to battle Southwest to the final out during the nightcap.

After the visiting Lady Bears grabbed a 4-0 lead on Aundria Eirls’ three-run homer in the top of the third inning off EMCC starting pitcher Laken Firth, the Lions got on the board in the bottom half of the frame with Lauren Pickett’s sacrifice fly that scored Carley Martin.

Two frames later, EMCC answered Southwest’s solo run in the fifth by plating three runs in the home half off SMCC pitchers Cora Robinson and Jensen Gremillion. Martin’s leadoff single was followed later in the frame by Celeste Study’s run-scoring ground out and Raegan Pritchett’s two-out, two-run single to make it a 5-4 contest.

However, the Lions were limited to just one hit by Gremillion over the last two innings as the visitors completed the road sweep.

Martin and Jenna Kirkland had two hits apiece in the nightcap to lead EMCC’s offense.

The opening game was never in doubt after Southwest sent 13 batters to the plate in scoring nine first-inning runs – only one of which was earned – aided by three EMCC errors.

The Lady Bears scored six more times, twice in the second inning and four additional runs a frame later, to extend their lead to 15-0 before the Lions could generate any offense off Southwest pitching.

Inning-opening singles by Kirkland and Study in the fourth led to a pair of EMCC runs generated by a double steal and Pritchett’s ground out. Aided by a pair of SMCC infield errors, the Lions pushed across four more runs in the fifth on only one hit before falling short of extending the game due to the run-rule margin.

Southwest out-hit East Mississippi, 20-3, in the nightcap, as Gremillion and reliever Kacey Stampley teamed to limit EMCC hitters to only three singles over five innings. The Lions also committed seven errors defensively in the 10-run setback.