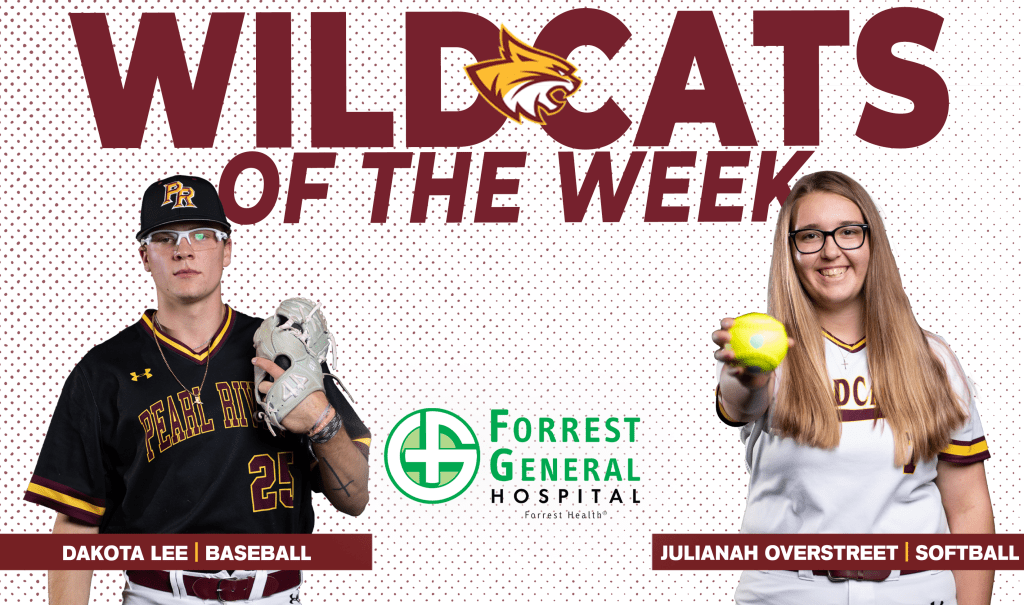 POPLARVILLE, Miss. — After a pair of incredible weeks on the diamond, Dakota Lee (Purvis) and Julianah Overstreet (Vancleave) have been selected as Forrest General Wildcats of the week.

DAKOTA LEE
Lee threw a gem against rival and then No. 16 Jones College in his lone start of the week. The right-hander tossed seven shutout innings against the Bobcats, striking out four batters and allowing just four hits. He didn’t walk a batter in the game.

JULIANAH OVERSTREET
Overstreet was on fire at the plate last week in doubleheaders against then No. 9 Northwest and No. 3 Jones College. The dual-sport athlete hit a staggering .455 in the four games while tallying five hits, one double, one homer, three RBIs, three walks and one walk.

In 19 games played, Overstreet has a .327 batting average, 17 hits, four doubles, seven RBIs, three walks and one stolen base.

UP NEXT
The Pearl River baseball and softball teams return to action Wednesday against East Central. Softball will travel to Decatur to take on the Warriors at 3 p.m. and baseball will host ECCC at Dub Herring Park for a 3 p.m. doubleheader.

Softball will be livestreamed at ECCCLive.com and baseball can be viewed at PRCCMedia.com/Gold.