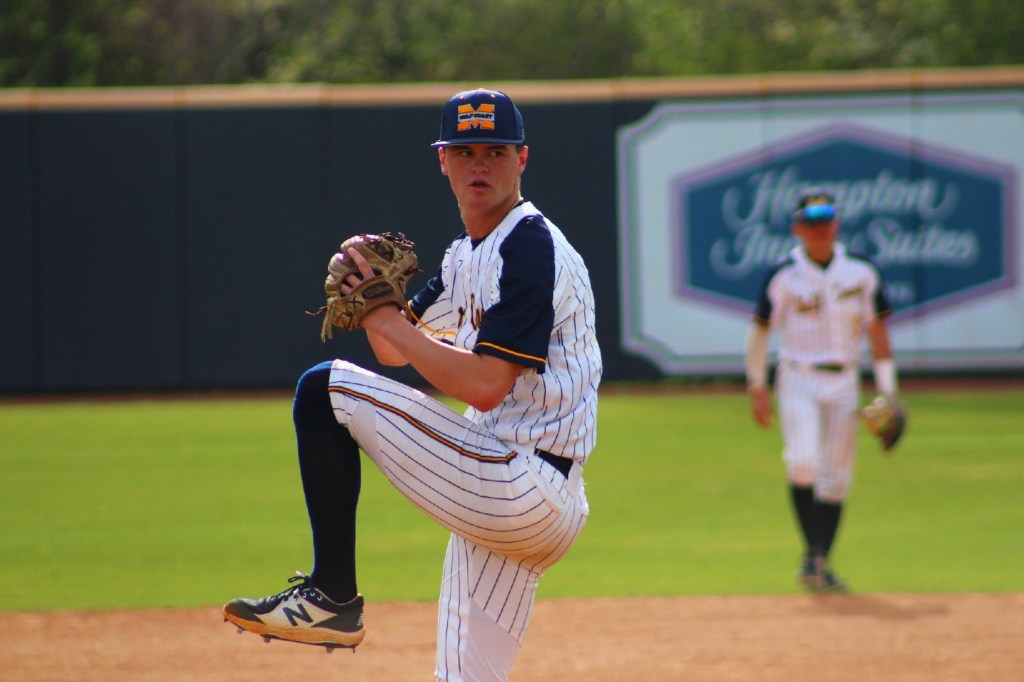 Pearl River made the short trip over from Poplarville on Tuesday with a freshly minted No. 1 ranking, handed to them the day before. Mississippi Gulf Coast promptly beat the Wildcats 9-7 in the opener.

Bulldogs coach Bob Keller made the gutsy call to go to bring his ace starter out of the bullpen to try to win it.

“We were down one of our starting pitchers today,” he said. “I told our staff that if we have the opportunity early when we’re ahead, why hold our Luke for a start in Game 2 when we can use him for a win in Game 1? That was the plan, and it worked this time. We feel very fortunate the ball went our way.”

Gulf Coast’s win broke a six-game losing streak against PRCC dating back to 2019. The Bulldogs beat the Bobcats 16-6 in the opening round of the 2018 Region 23 Tournament in Eunice, La. Pearl River had won 10 of the previous 11 meetings.

After a three-run third, Reed (So., Louisville, Ky./Holy Cross) entered with two on, two out and one across. Pearl River scored three more unearned runs, but Reed slowed them down after that.

He added a sac fly in the sixth and finished with two hits and three RBI. Kade Carpenter (Fr., Vancleave/Vancleave) and Steve Sanderson (Fr., Chicago, Ill./St. Rita) had RBI singles in the third. Carpenter had two hits.

Reed allowed three earned runs in his six innings to improve to 5-3.

“I just wanted to come in and pound the zone, get ahead and stay ahead,” he said. “I didn’t have the best stuff working today, but it was enough to get the job done. It means a lot. We definitely wanted to get that game. It was big.”

Sean Smith (Fr., Pascagoula/Pascagoula) accounted for all the Bulldogs’ runs in the second game with a two-run homer in the first inning.

Gulf Coast is now 10-15 overall but 5-5 in the MACCC. The Bulldogs have split with No. 1 PRCC and No. 6 Meridian and played three of the top four teams in the conference standings.

“I’m very proud of the effort the guys gave us,” Keller said. “In Game 1, I think of Sean Smith extending his at-bat and getting us to Alex McWhorter for his home run. Luke Reed doing his thing. We just had some key moments where guys executed and played hard. Moving forward, we’re looking forward to making a good run here in April.”