Bowen named Student of the Week 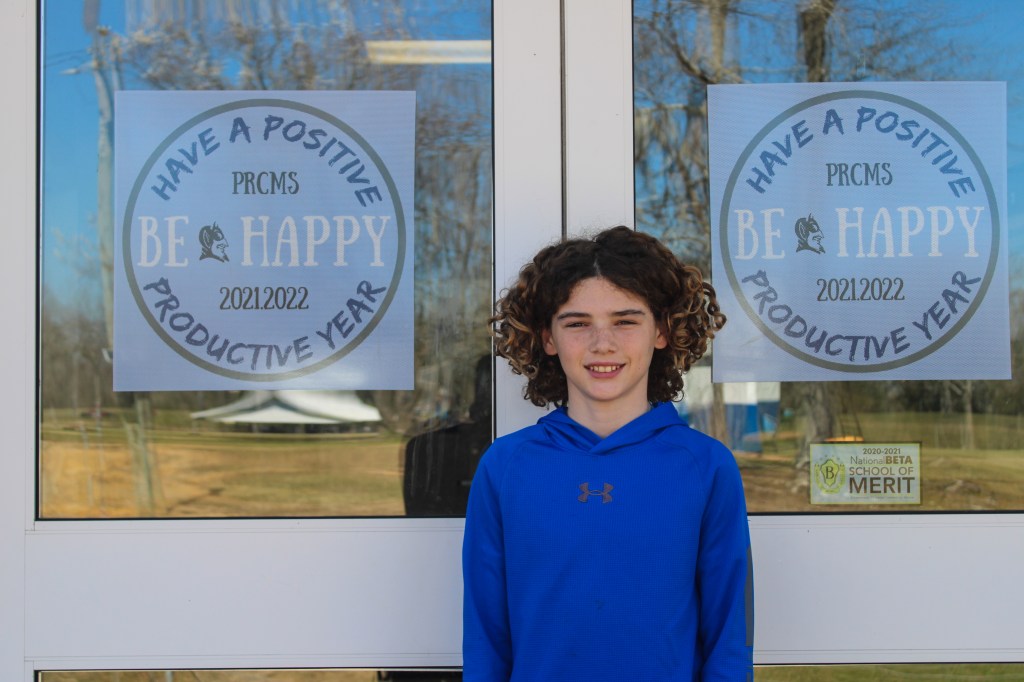 Griff Bowen, a student at Pearl River Central Middle School, has been named Student of the Week. Photo by David Thornton Jr.

In recognition of outstanding students within Pearl River County, the Picayune Item is recognizing Pearl River Central seventh grader Griff Bowen as this week’s Student of the Week.

Coach Megan Hodge and other staff members described Bowen as an amazing student at Pearl River Central Middle School. Bowen is very involved at his school; he’s on the Science Olympiad team, the track team and band along with participating in as many school events as he can. Student Support Coordinator Leslie Espy said he even goes all in and has, “off the chain” costumes whenever the school holds themed events.

Bowen excels in all his academic work, and he is described by the PRCMS staff as someone who students can look up to. He has a friendly attitude to anyone he meets and is a friend to everyone.

Bowen’s favorite sport is basketball and he’s striving to make the basketball team next season. In the future Bowen said he’d like to be an engineer.