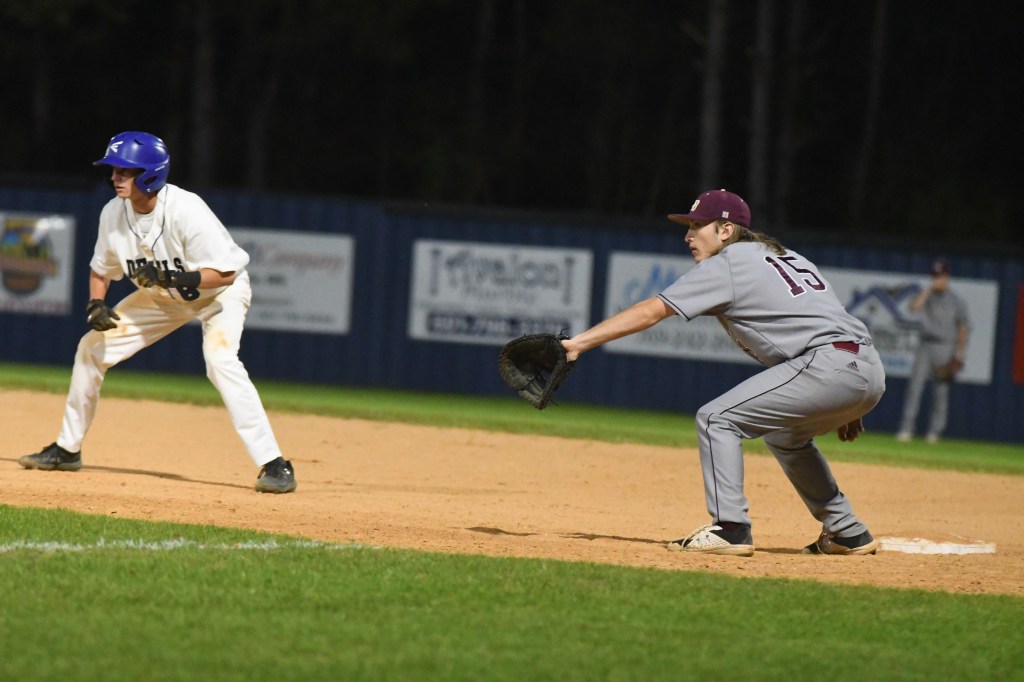 Jarad Dickens creeps from first base in an attempt to steal second during the Blue Devils’ 4-3 loss to the Bearcats Monday night.

In Tuesday’s district opener against the Long Beach Bearcats, the Pearl River Central Blue Devils fell short in a 4-3 game that included an attempt at a comeback.
The Blue Devils trailed 3-0 after two innings behind a couple Bearcats RBIs. The Bearcats scored another run after a Blue Devils error, increasing the team’s lead to 4-0.
In the bottom of the fourth is where the Blue Devils turned up the energy and produced runs. Wesley Gardner got a base hit and a single RBI, giving the Blue Devils its first run.
BJ Bellelo connected with a Bearcats pitch, hitting it deep down the center for a double RBI.
This brought the Blue Devils within one, 4-3.
Solid defense from both teams kept each other from producing more runs.
That ultimately gave the Bearcats a 4-3 win over the Blue Devils in seven innings.
The Blue Devils now drop to 10-7 (0-1).
Next, they rematch the Bearcats at Long Beach this Friday March, 25 at 7 p.m.

Lady Blue Devils dig out a 12-4 thriller over…