Addison Watts, Student of the Week 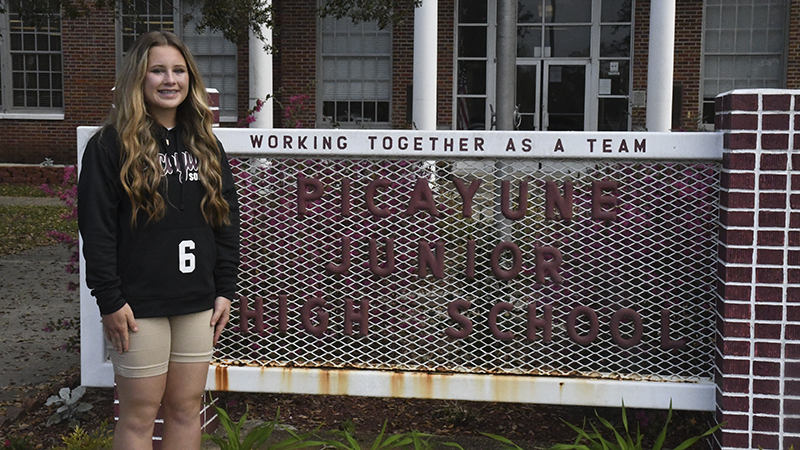 Addison Watts has been named Student of the Week for her heavy involvement in Picayune Junior High actives and for her exemplary behavior. Photo by David Thornton Jr.

In recognition of students who go above and beyond within Pearl River County, the Picayune Item is recognizing Picayune Junior High eighth grader Addison Watts as this week’s Student of the Week.

Watts is a very involved student. She’s a PJHS cheerleader, member of the student council, and plays catcher/lead off batter for the Lady Maroon Tide softball team. Staff at the school say she has exemplary attendance, excellent behavior, and is a Principal’s Scholar.  She is the daughter of Michael and Casey Watts and Jody and Shay Browder.

In the future Watts says she wants do something in the medical field, preferably as a nurse.