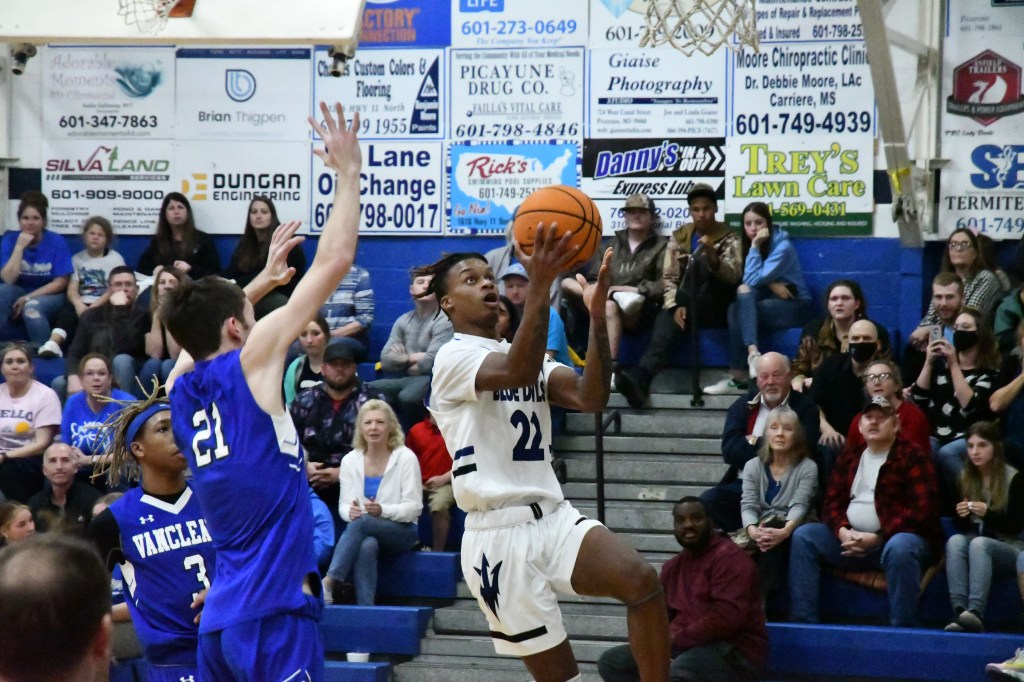 Before the altercation occurred, the Blue Devils had a slow start to the game down 2-7 after a Bulldog and-one finish. The Bulldogs played a three-quarter-court zone press, which slowed the Blue Devils offensive execution. The Blue Devils also got beat on the rebounding war early, allowing the Bulldogs to have second chances at points.

With 1:10 left in the first PRC was down 11-4. But sophomore Donnie Ladner made back-to-back layups, including a buzzer-beating floater, to end the quarter. The Blue Devils short run put them within three points going into the second quarter.

To start the second quarter PRC was down 11-8, Ladner drew a foul and made both free throws putting the Blue Devils within one, 11-10. The Bulldogs went on a five-point run, but Ladner stopped that progression by hitting a three. Down 17-13, the Blue Devils executed off a baseline inbounds from a layup by senior Tyce Yarborough. In the next possession, senior Trevor Stromeyer tipped in a Blue Devils miss to tie the game up 17-17 with four minutes left in the quarter. The Blue Devils took the team’s first lead after a great back-to-back Stromeyer assist to Yarborough sequence. That put the Blue Devils up 19-17 at the end of the half.

In the third quarter, Stromeyer opened with back-to-back threes to take a 27-20 lead over the Bulldogs. With less than four minutes to play the Blue Devils broke the Bulldogs’ press and found Stromeyer for an open layup. That increased the lead to 31-22. After a Bulldogs score, Stromeyer answered with a layup to send the Blue Devils to the fourth quarter up 35-26.

In the fourth quarter the Bulldogs scored back-to-back buckets to cut Blue Devils’ lead to 35-30 with six minutes left to play. Shortly after that score, senior Jonathan Hunt drew a shooting foul. Before he could walk to the free throw line, words were exchanged between Blue Devils and Bulldogs players. One Bulldog player got overly physical with another Blue Devils player and a punch was thrown. The scene quickly escalated as more punches where thrown, leading to the player benches and some audience members in the stands to take to the court where multiple fights broke out. Pearl River Central School District School Resource Officers and staff responded quickly and separated both teams before the situation got worse. When the action died down both teams went into their respected locker rooms as a Pearl River Central staff member announced the conclusion and forfeiture of the game.

Stromeyer had a team high 16 points, and Brunson scored 10 points.