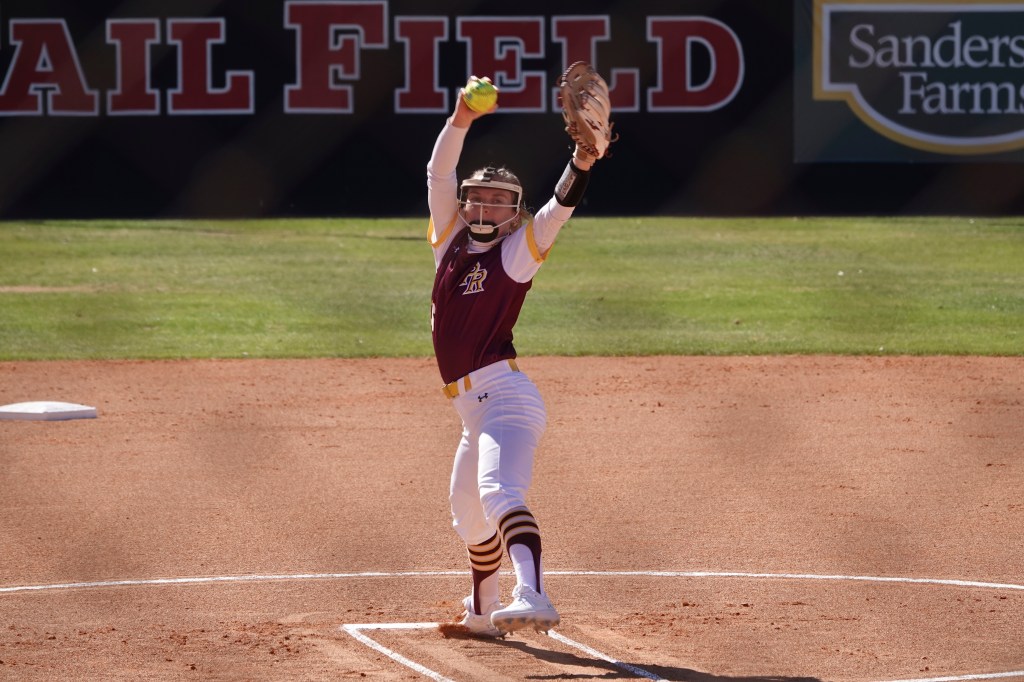 ALBERTVILLE, Ala. — Back-to-back power pitching performances helped lead No. 17 Pearl River to two victories on day one of the Sand Mountain Classic. The Wildcats tallied 25 combined strikeouts in a 5-3 win over Georgia Highlands and 3-1 victory against Walters State.

“Our pitching did really well today. The things that have been constant for us continued to be constant today,” Pearl River coach Christie Meeks said. “We had a lot more timely hits today. We did a good job of getting runners into scoring position and bringing them home once they were in position. I’m just proud of what they did today.”

PEARL RIVER 5, GEORGIA HIGHLANDS 3.
Hannah Embry (Vicksburg; Porters Chapel) was given the start in the circle for Pearl River (8-5 overall) and made quick work of the Georgia Highlands (4-11) hitters in the first inning. The sophomore induced a two-pitch pop out and then tallied two strikeouts.

The Wildcats struck first after Hannah Miller (Kokomo; West Marion) reached on an error and came around to score on an RBI single by Julianah Overstreet (Vancleave).

After another quick inning from Embry, PRCC tacked on another run in the second inning. Cassidy Cartwright (Poplarville) reached base after grounding into a fielder’s choice and immediately got herself into scoring position by swiping second. A Payton Lee (Picayune; Pearl River Central) single then brought her home to make the score 2-0.

A Georgia Highlands RBI double cut the deficit to one at 2-1 in the top of the third inning.

Pearl River immediately got that run back in the bottom half of the inning. Miller drew a walk to start the inning and was advanced to third base on two ground outs. Sophomore catcher Aunie Rethmeyer (Belle Chasse, La.) then hit a hard ground ball past the shortstop to make the score 3-1.

The Chargers again sliced into the lead in the sixth inning, scoring a run on an RBI single to make the score 3-2.

PRCC got two important insurance runs in the sixth inning to make the score 5-2. Cartwright opened the inning with a single and Lee followed it up by hustling to beat out a dropped third strike. Emily Rigney (Waynesboro; Wayne County) then loaded up the bases by legging out a bunt single. After a fielder’s choice, Miller singled right back up the middle to bring home Lee and Rigney.

GHCC tried to rally in the seventh inning but was only able to scratch one run across, resulting in a 5-3 Pearl River victory.

“Embry threw really well today. They were a great offensive team and she kept them off balance,” Meeks said. “Her riseball was working really well. She’s been working hard on her curve and moving it around the plate. She was really pushing hard with her changeup today.”

Miller led the Wildcats at the plate, tallying one hit, two RBIs, two runs and one walk. Overstreet led the team in hits with two. She also tallied an RBI.

PEARL RIVER 3, WALTERS STATE 1.
The story of game two was Brinson Anne Rogers (Statesboro, Ga.) who one-upped her season-high in strikeouts by tallying 17 in her complete-game effort.

“Coming off of Northwest Florida, Brinson just needed to get back to being herself and she did that,” Meeks said. “She dug in, got her timing back together and threw really well.”

The Wildcats once again opened the scoring, plating two runs in the top of the first inning. Taelor York (Choctaw; Clinton Christian) drew a five-pitch walk to start the inning. She then moved into scoring position by stealing second base. Keigan Pearson (Carriere; Pearl River Central) then grounded out, bringing York to home plate. Overstreet doubled on the third pitch that she saw and a Jena Pacheco (Vancleave) single brought her home to make it 2-0.

Walters State (7-3) drew back-to-back walks to begin the bottom of the first, and it looked like Rogers was in trouble. The right-hander did not let the threat bother her as she quickly struck out the next three batters, part of a string of nine consecutive strikeouts.

Walters State was able to get into the run column in the fourth inning, scoring a run after a Wildcat error and a double. The hit made the score 2-1.

Pearl River capped the scoring in the sixth inning. Miller and Pearson opened the inning with singles. A flyout advanced Miller and a Pacheco sacrifice fly brought her home to make the score 3-1.

Rogers finished off her incredible performance by collecting three strikeouts in the bottom of the seventh inning, giving Pearl River a 3-1 victory.

Dallyn Nance (Nanih Waiya) was the only Wildcat with multiple hits, collecting two. Pacheco led the team in RBIs with two.

NEXT UP
PRCC returns to action tomorrow against Columbia State and Chattanooga State. First pitch is set for 10 a.m.