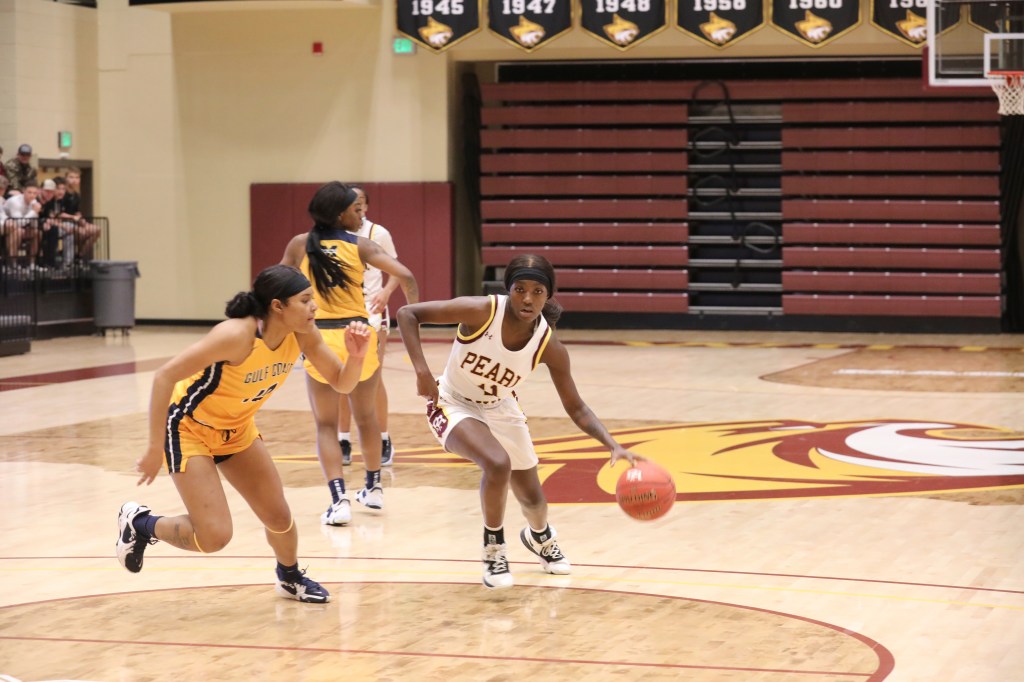 “I was really worried about this game. This was four games in seven days,” head coach Scotty Fletcher said. “After a big emotional win on Saturday, we had to turn right back around and play on Monday. I told the girls that this could easily be a trap game. Holmes really does have a lot of talent. They have really good pieces. I just thought our defense early on did a really good job of creating offense and that was one of our key points for being successful as a team tonight and we gave up a good shot for a great shot tonight.”

The Wildcats continued to pour it on in the second quarter, taking a 41-22 advantage into halftime.

The Wildcats continued to score in bunches in the fourth quarter of play before running the time out for a 77-49 victory.

“I’m just extremely proud of the girls for their belief in one another,” Fletcher. “They’re buying into one another and they’re just a special group to coach. We have really good leaders on this team. It’s an honor to be their coach.”

“Coaches call plays and players make plays. Tristen is making me look like I know what I’m doing,” Fletcher said. “Tristen just has a great basketball IQ. The girls have done a really good job of making sure that they find her in transition. She hasn’t forced anything; she’s taken what the defense has given to her. I’m proud to see that her making small adjustments to her game is giving her some in-game success.”

Otashae Burrage (Carthage; Leake County) finished second on the team with 15 points and Keshunti Nichols (Pearl) rounded things out with 13.

“Keke was really good tonight. She was the old Keke if you will,” Fletcher said. “Tae is such a pleasure to coach. My expectations are really high for Tae, but she meets those expectations. She loves high expectations. She loves a challenge. Tae is a winner, there’s no way around it. She’s made the biggest jump from year to year as any player that I’ve coached in my 15 years of doing this.”

UP NEXT
Pearl River returns to action Thursday for the annual ‘Cat Fight’ against rival Jones College. Tipoff is set for 6 p.m. inside of Marvin R. White Coliseum.