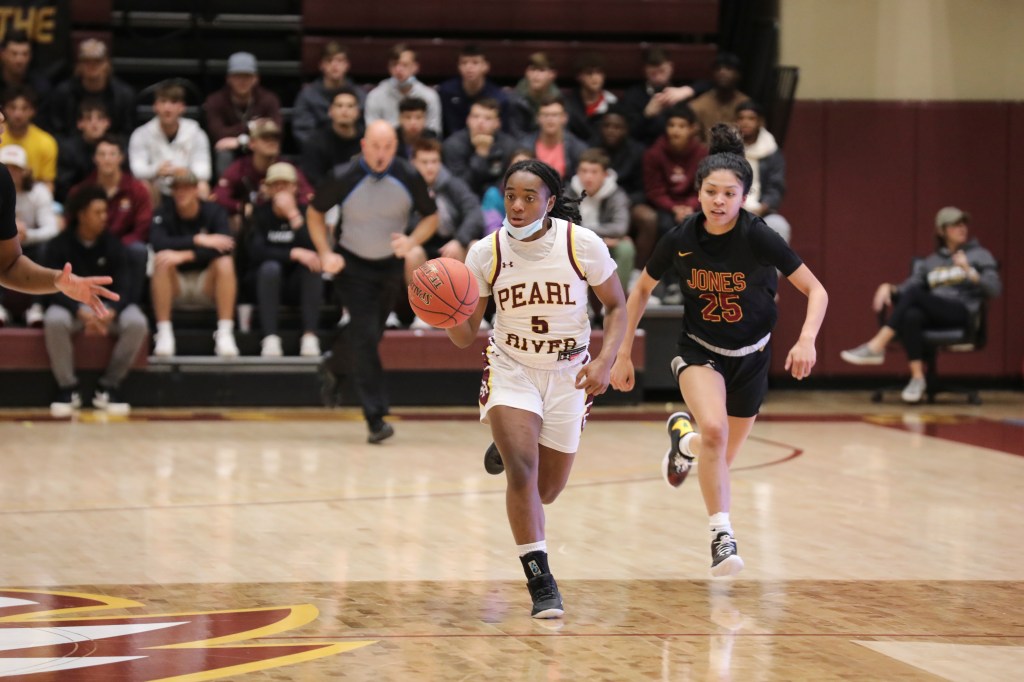 MOOREHEAD, Miss. — The Pearl River women’s basketball team was on fire from tipoff to the final buzzer Monday night, picking up a dominant road win over Mississippi Delta, 70-46.

“I was extremely proud of our leadership and maturity as well as how we approached and prepared for this game,” Pearl River coach Scotty Fletcher said. “That’s a reflection of these girls’ togetherness, their unity, and their character. This team wants to be special. They strive to be special every day.

“We had a great game plan tonight and we executed it extremely well. We allowed our defense to create offense. I felt like we had quality minutes and great contribution from everyone tonight.”

The Wildcats allowed a basket, but the score at the end of the first quarter stood at 20-11.

Not long into the second quarter, Otashae Burrage (Carthage; Leake County) hit a 3-pointer from the corner to make the score 25-11.

Bryanna Taylor (Terry) then caught a pass inside the lane and put it up and in to give Pearl River a 27-11 lead.

Brandy Scott (Hammond, La.) nailed back-to-back 3-pointers from the top of the key, making the score 33-11.

Another Burrage 3-pointer pushed the lead out to 36-11 before Scotty picked off a pass and took it coast-to-coast for the layup to make the score 38-11.

The momentum continued to be in Pearl River’s favor throughout the rest of the quarter as the Wildcats took a 46-17 lead into the break.

With 3:09 left in the third quarter, Halle Traylor’s (Tupelo) shot from beyond the arc was true, extending the Wildcat lead to 60-19.

Mississippi Delta went on a run, but Pearl River led 64-27 at the end of the quarter.

In the fourth quarter, Taylor was perfect from the free-throw line to give Pearl River a 40 point, 69-29 lead.

Moments later Washington drove the lane and drew the attention of the defense before passing off to Taylor for a layup.

The Wildcats eventually took home a 79-46 victory over the Trojans.

LEADING THE WAY
After the game, Fletcher bragged about the play of Scott.

“I thought that Brandy Scott was phenomenal. She’s a prime example of always being prepared and trusting the process,” he said. “With this team having some depth, Brandy may not have seen the minutes or performances that she would’ve liked, but tonight she took true advantage of the minutes that were given to her. She capitalized on it and played extremely well for the Wildcats tonight.”

He also highlighted the play of his guards.

“Of course, Tristen and Tae were exceptional again tonight,” he said. “Amaijah Smith was really good at facilitating and distributing the ball. I thought Halle Traylor was really good tonight.
We just had really great play from our guards tonight.

UP NEXT
Pearl River returns to Marvin R. White Coliseum Thursday against Northeast. Tipoff is set for 6 p.m. Before the game starts, the Wildcats will hold a sophomore night celebration.