No. 8 Bulldogs want back into national tourney 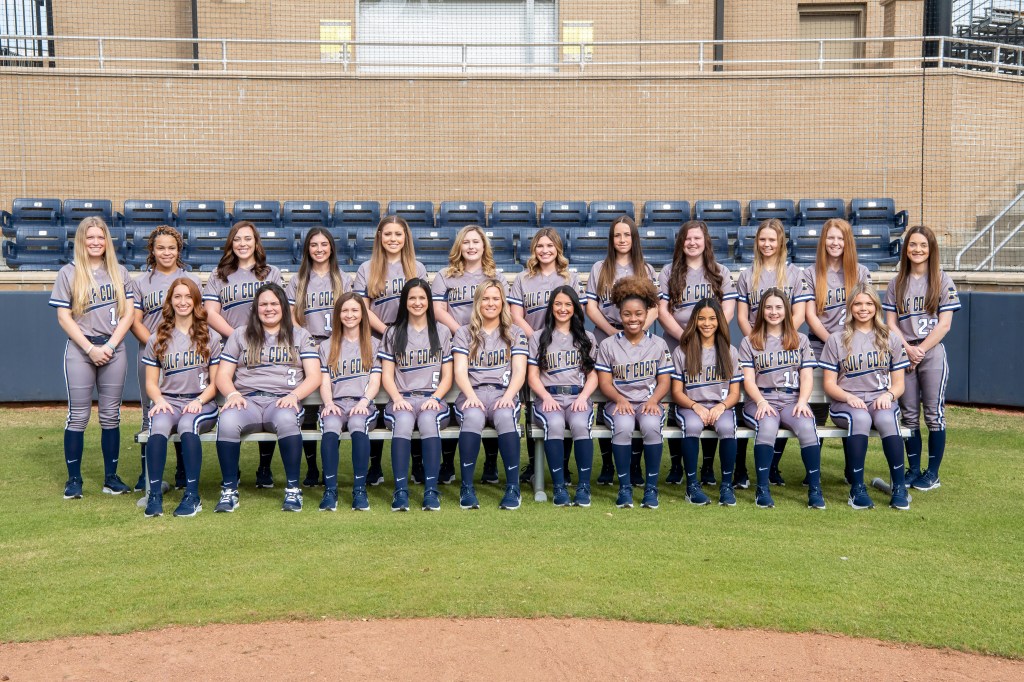 PERKINSTON — New Mississippi Gulf Coast softball coach David Kuhn takes over a program that finished 2021 as one of the last four teams standing at the national championship.

That culture of success establishes his team’s goals for the 2022 season, which is scheduled to start Saturday and Sunday in the Island Invitational in Pasadena, Texas. The Bulldogs are ranked eighth in the NJCAA Division II preseason poll.

“We certainly want to compete for the state championship, go to the regional and finish in the top two to make it back to the national tournament,” Kuhn said. “To me, that’s the goal. That’s what you want to do, to be in the mix every year.”

This year’s team figures to be built around pitching and defense. The Bulldogs return All-MACCC pitcher Emaleigh Coates (So., Lucedale/George County), as well as Abby Vance (So., Calhoun City/Calhoun City). The duo went a combined 15-5 last year, despite Vance missing time down the stretch with an injury.

K.K. Agner (So., Horn Lake/Magnolia Heights) and Kristian Jones (So., Southaven/DeSoto Central) provide strong anchors at the corner of the infield. Agner earned All-Region 23 honors at first base, finishing second on the team with 14 homers and third in RBI (52) while batting .390.

Jones had the second-most RBI on the club (62) and batted .394 with 12 homers. She earned All-MACCC Honorable Mention.

“They’re both really good in the field and at the plate,” Kuhn said. “They’re both the complete package. They can hit the ball out of the park and play defense. They’re really talented.”

Breanna Green (So., Saraland, Ala./Saraland) was part of a second-base platoon with Whitley Tanner (So., Hurley/East Central) last year. With Tanner out with injury, Green figures to get the bulk of the playing time.

Gulf Coast got a big transfer at the break when Abbott Stafford (So., Glenmora, La./Glenmora) joined the team. She played shortstop at Northwest Florida State last year, batting .309 with 25 RBI.

Darcy Novak (So., Hurley/East Central) steps into the everyday catcher role, with Layne Turan (So., Gulfport/West Harrison) backing her up and providing depth in the outfield and at short.

“Grace is extremely talented defensively,” Kuhn said. “She played well offensively this fall, and since coming back from the break, she’s really done well in practice.”

Grace is extremely talented defensively. She played well offensively this fall, and since coming back from the break, she’s really done well in practice.

Kuhn’s new staff has fit together seamlessly in their first year together. He’d worked with Brad Grinstead in the past. In fact, Grinstead coached Kuhn’s daughters in Arkansas. He handles hitting, catching and the outfield. Kuhn said Gulf Coast Hall of Fame pitcher Kaitlin Lee has helped the staff improve greatly.

As usual, the MACCC will be a tough league. Jones is ranked second in the preseason, and Itawamba is fifth. Copiah-Lincoln is 10th, and Pearl River is 17th.

“You know Jones is always going to be good,” Kuhn said. “You know Itawamba is going to be good. Co-Lin is loaded. Those three out of the gate, but anybody 4-9 can win on any given day. They can get hot and win a weekend or win the state tournament.”