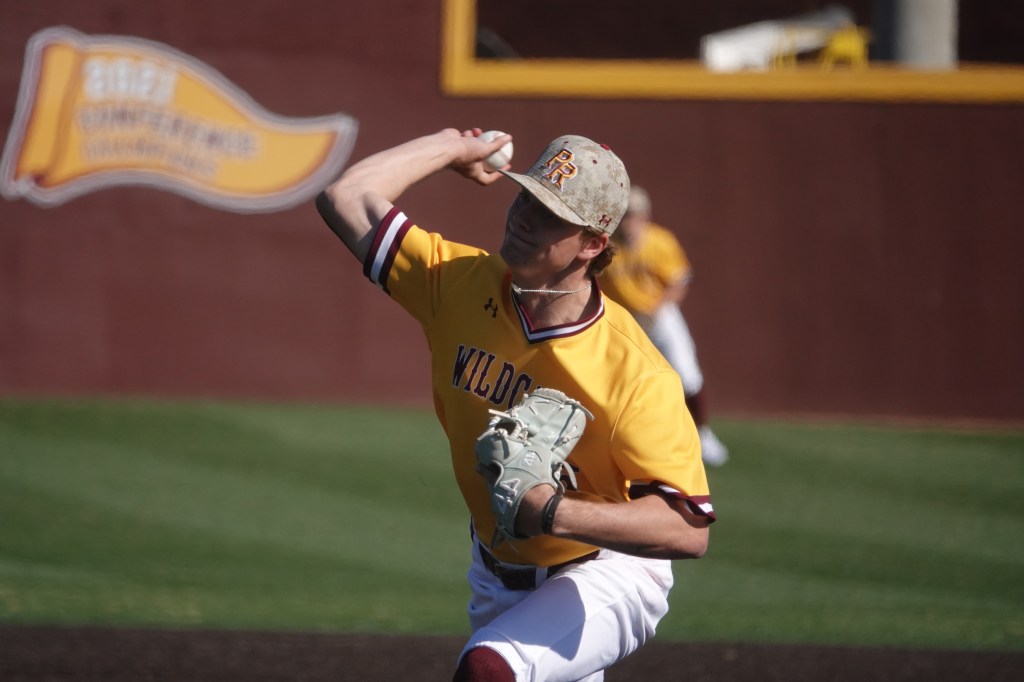 MILLINGTON, Tenn. — The No. 4 Pearl River baseball team had a solid showing in the Babe Howard Juco Classic Sunday, defeating North Iowa Area 5-4 in 11 innings and falling to NJCAA DI team and No. 16 Dyersburg State 8-6 in 10 innings.

“We got to play two of the better teams that we will play this year,” head coach Michael Avalon said. “It was good to find a way to win game one. We played well for the first seven innings in game two and just didn’t finish it against a quality opponent. We want to play well enough to beat teams like that, but we have to do a better job of doing the small things. We just have to get a little tougher in some situations.”

PEARL RIVER 5, NORTH IOWA AREA 4.
North Iowa Area (5-2 overall) was able to put something in the run column in the first inning of play as a runner came around to score on a pair of singles and a groundout.

Pearl River (8-2) put a crooked number up in the top of the second, bringing home four runs to make the score 4-1. Matt Mercer(Richton; Petal) and Ian Montz (Lafayette, La.; Acadiana) opened the inning up with back-to-back singles and D.K. Donaldson(Gulfport; West Harrison) was then hit by a pitch to load the bases. One batter later, Logan Walters (Petal) drove a single past the third baseman to bring Mercer home. Gabe Broadus (Wilmer, Ala.; Faith Academy) kept the rally going, driving in two runs with a single. Shortly after, Walters came around to score.

NIACC got a run back on a solo homer in the second inning to make the score 4-2, but Dakota Lee (Purvis) did not let the homer bother him, promptly retiring the next three batters on just three pitches.

A pitcher’s duel began shortly after with both teams going down quickly. It wasn’t until the fifth inning that a run scored as the Trojans cut the deficit to one at 4-3. NIACC got another runner in scoring position in the inning but Bobby Magee (Petal) entered the game and struck out a batter to end the threat.

Magee was lights out upon his entrance to the game, getting eight outs and tallying six strikeouts before the Trojans got to him in the eighth inning with a game-tying solo homer.

Cole Tolbert (Laurel; West Jones) then came out of the bullpen to get out of the inning with a flyout and popout.

After a quiet top of the ninth for the Wildcats, the Trojans were threatening immediately in the bottom of the ninth as they got a leadoff double. Tolbert forced a groundout that moved the runner over before striking out two batters to end the frame.

Pearl River had a chance to score in the top of the 10th but was turned away.

Tolbert allowed a leadoff single in the bottom half of the inning. Before throwing a pitch to the next batter, Tolbert saw the runner leaning just a little too much and picked him off. The next two batters reached base, but a timely double play sent the game to the 11th inning.

Montz stepped up to the plate to begin the top of the 11th and sent the seventh pitch of his at-bat over the center field wall to give Pearl River a 5-4 lead.

Tolbert was able to get the first two batters to ground out to begin the bottom of the 11th but walked the next. The runner eventually moved over to third base on a steal and a passed ball, threatening to tie the game. Tolbert then got the next batter to lineout on the sixth pitch of the plate appearance to win the game 5-4.

Pearl River was the recipient of three solid pitching performances in the first game of the day. Lee pitched 4 2/3 innings, striking out two against five hits, three runs and one walk. Magee threw 2 2/3 of stellar relief innings with six strikeouts, allowing just one hit and one run. Tolbert pitched the final 3 2/3 innings of the game and allowed three hits, two walks and no runs. He tallied two strikeouts.

“I thought the big thing they did was throw strikes,” Avalon said. “They were able to mix their pitches against the hitters and keep them off balance. It was a 10 a.m. start and 30 degrees so, with the conditions, it was impressive that they were able to command the baseball the way that they did. I was proud of that.”

DYERSBURG STATE 8, PEARL RIVER 6.
Dyersburg State (13-3) got to Pearl River starter Leif Moore (Biloxi; St. Martin) early in the second game of the day, picking up a run in the second inning. Moore struck out the first batter of the inning, but back-to-back singles and a Wildcat error brought a runner home to make the score 1-0. Moore then induced a grounder to get out of the inning with a double play.

The Wildcats used the longball to snatch the lead away from the Eagles in the bottom half of the inning. On the third pitch of his at-bat, Alex Perry (McComb; North Pike) blasted a solo shot over the center field wall to tie things up. One batter later, Walters took the Eagle pitcher deep over the left field wall to make the score 2-1.

DSCC tied things up once again in the third inning after a runner walked and came around to score on a passed ball.

Walters did not let the score stay tied for long as he smashed his second homer of the day in the bottom of the fourth inning, driving in Perry in the process to make it 4-2.

Moore settled in after the earlier walk, retiring 10 consecutive batters with six of the outs being strikeouts.

Pearl River added on two runs in the sixth inning to take a 6-2 lead. Perry opened the inning with a line drive single and Donaldson followed it up with a five-pitch walk. An Eagle error then allowed the runners to move up a base before Taylor Woodcock (Pass Christian; West Harrison) singled to left field to bring them both home.

The Eagles were able to tie the game up 6-6 in the eighth inning on three walks and two singles. Neither team was able to make anything happen in the ninth inning, sending the game to extra innings.
In the top of the 10th, Dyersburg State took an 8-6 lead on a two-run triple. The Wildcats were able to get a runner on in the bottom half of the inning, but ultimately fell 8-6.

“I thought he settled in and once he did that it was the best that we’ve seen him pitch in a while,” Avalon said. “That was a very talented lineout. He did a really good job of mixing the breaking ball in and had several strikeouts against a good team.”

Will Passeau (Mobile, Ala.; St. Pauls) pitched 1 2/3 innings allowing two runs, three walks and one hit. He also struck out two batters. Byrion Robinson (Brookhaven) and Harper Jordan(Hattiesburg; Presbyterian Christian) both made an appearance in the game. Landen Payne (Ocean Springs; St. Martin) threw 1 1/3 innings, striking out three against two runs, one walk and one hit. Turner Swistak (Hattiesburg; Oak Grove) made his first relief appearance of the year, throwing 2/3 of an inning and allowing one hit while striking out a batter. Blake Hooks (Petal) recorded an out.

“Walters swung it well throughout the day. That’s what he’s capable of doing,” Avalon said. “We don’t expect two home runs every time out, but he has a chance to hit with some authority. He just has to continue to step in every day and get more consistent.”

NEXT UP
Pearl River continues its eight-game road trip Wednesday against Shelton State. The doubleheader is set to get underway at 2 p.m. Pearl River returns to Dub Herring Park Saturday as Coastal Alabama – North comes to town for a 2 p.m. first pitch.