No.22 Pearl River comes up short in season finale 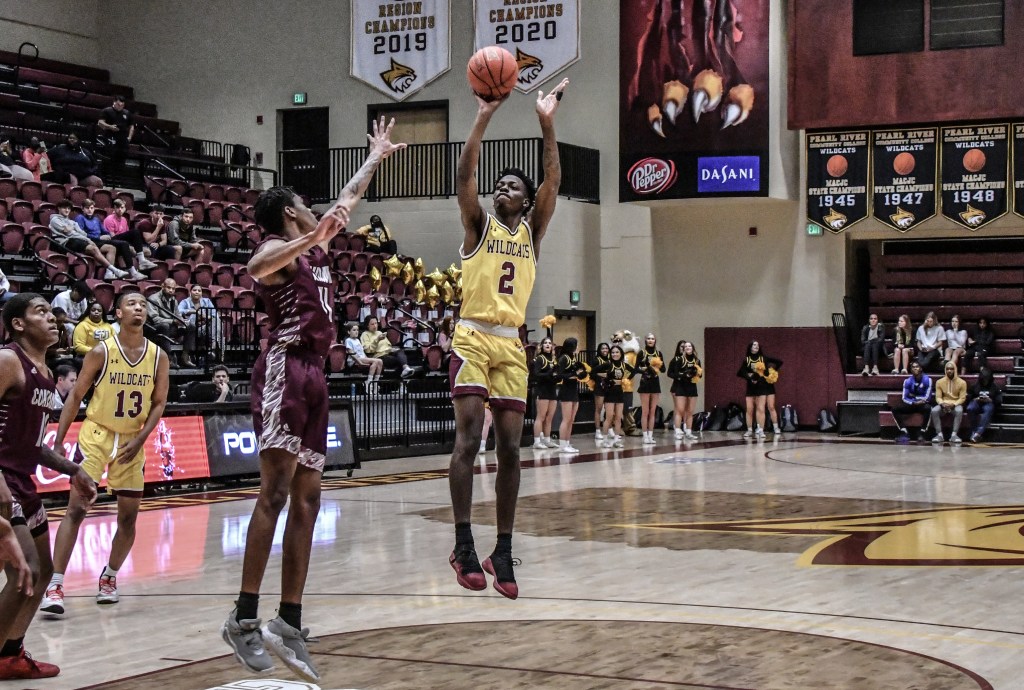 CLARKSDALE, Miss. — No. 22 Pearl River hit the road Thursday to face the Coahoma Tigers. The Wildcats fought valiantly but fell in overtime, 64-61.

“It’s been an emotional rollercoaster for our girls and program over the last 24 hours, but I am proud of the way they came in here and fought for 45 minutes despite having their backs against the wall,” head coach Scotty Fletcher said. “We played a really tough team in a very tough environment, but I’m proud of the way our girls kept their composure.”

FIRST QUARTER
Coahoma (16-5 overall; 10-3 MACCC) started the scoring early on a layup, but Keshunti Nichols (Pearl) responded immediately after as she fought through contact for a layup of her own. The basket tied the score at 2-2.

The Tigers hit another 3-pointer, but Pearl River found a quick response through Halle Traylor (Tupelo) nailing a 3-pointer tying the score once again this time 11-11.

From there, the teams traded blows with the Wildcats holding the advantage late into the first quarter 21-25.

Pearl River increased it’s lead through Marcavia Shavers (Biloxi) grabbing the offensive rebound and laying it up and converting the and-one opportunity. The shot made the lead 23-15.

Pearl River held onto its 23-15 lead as time expired in the first quarter.

SECOND QUARTER
Pearl River opened the scoring in the second pushing the to 27-21.

Coahoma proceeded to go on a big run and took the lead 29-27.

The teams again traded blows with Coahoma holding on to a slim 34-33 lead heading into halftime.

THIRD QUARTER
The Wildcats opened the scoring in the second half through another Nichols layup that also reclaimed the lead 35-34.

With the score tied a 39-39, Tristen Washington (Gonzales, La; East Ascension) lobbed the ball over the head of the Tiger defense finding Shavers for a layup, giving the Wildcats a 41-39 lead.

The teams again traded baskets with Coahoma holding a 48-47 lead headed into the fourth quarter.

FOURTH QUARTER
Washington opened the scoring in the fourth, nailing a 3-pointer with the defense right in her face. The basket recaptured a slim 50-48 lead.

With the Wildcats trailing 52-50, Ty’Mesha Reed (Meridian) grabbed a rebound a took it coast-to-coast for the layup tying the score 52-52.

Things got interesting with 22 seconds to go in regulation, Nichols nailed a floater to cut into a Tiger lead 57-54.

Coahoma went 1/2 from the free-throw line increasing its lead 58-54.

Washington nailed a clutch 3-pointer in transition cutting the deficit to one 58-57.

After a 2/2 trip to the free-throw line 60-57, Traylor caught a pass with time winding down and nailing a 3-pointer at the buzzer to tie things up 60-60 sending the game to overtime.

“We drew up a play specifically for Halle to get a three on that possession. Halle missed a three like that earlier this year, so it was nice to see the game repay her on this one. It’s also a testament to Ty making a great pass to find her in the corner as well.” Fletcher said postgame.

OVERTIME
The Wildcats were unable to keep the momentum they had found late in regulation, falling to the Tigers by a final score of 64-61.

“This is her home up here, so for her to come up here and play the way she did speaks volumes to her character,” Fletcher said.

Nichols, Traylor, Washington all tied for second with 12 points each

UP NEXT
The Wildcats will now prepare for the MACCC tournament. Because MACCC games were postponed due to inclement weather across the state Thursday, several teams are playing their games on Friday.