No. 18 Pearl River battles past Coahoma in regular season finale 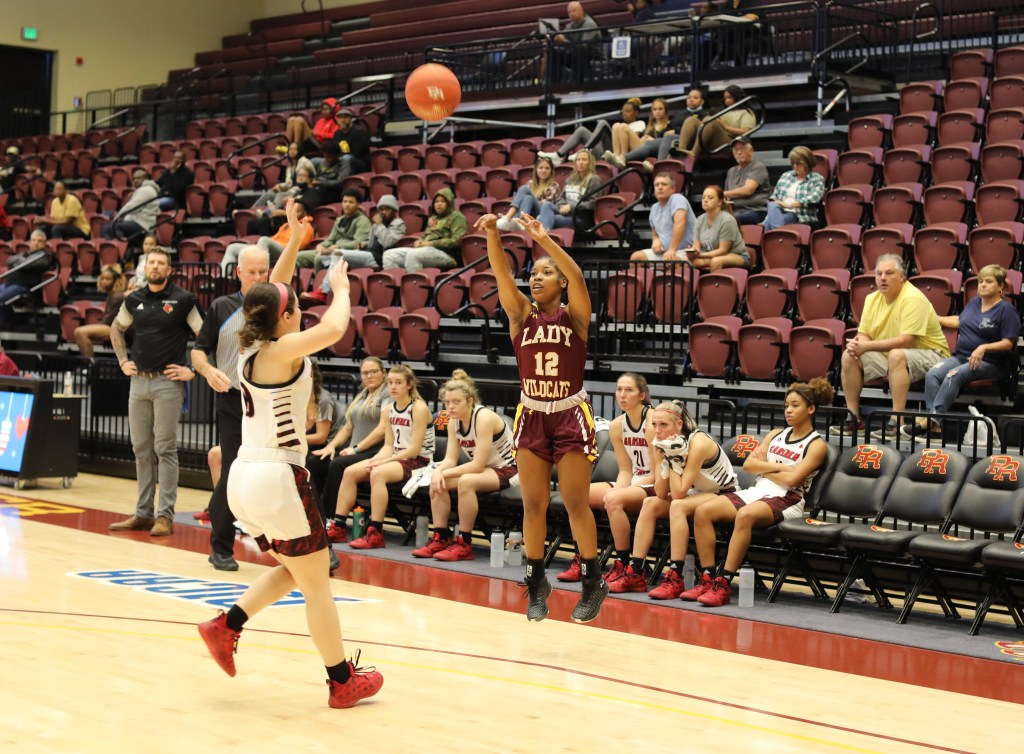 “They came in with a really good gameplan to come in and slow the game down. This is one of those nights on the schedule that I don’t like because for the sophomores there are so many emotions going on,” PRCC coach Chris Oney said. “On sophomore night that’s kind of to be expected. Some of the guys had guys here who were maybe watching them for the first time since they’ve been here. They wanted to play well.

“Those guys won tonight despite me. I wasn’t all there tonight but that’s the kind of leadership we have; those guys went out and won this one.”

The victory concluded a difficult regular season where the Wildcats traveled to — and defeated — then-No. 21 Northeast and No. 7 East Mississippi; Jones College was previously ranked and had been receiving votes when PRCC claimed the “Cat Fight” in Ellisville.

“I think it was the toughest schedule ever in the MACCC. It’s the first time we played a 14-game state schedule and the computer didn’t do us any favors,” Oney said. “They sent us to some of the toughest teams in the league in the north half but our guys didn’t bat an eye. They believed in what we’re doing and what we’re telling them.”

Dylan Brumfield (Oak Grove) helped pull PRCC (19-2 overall; 14-0 MACCC) within one, 7-6, early in the contest. A pump fake sent two defenders flying over the freshman before he easily converted his basket. Earl Smith Jr. (Jackson; Lanier) gave the Wildcats their first lead of the night, 8-7, after JaRonn Wilkens (Biloxi) found him all alone under the basket.

Tied 10-10, J.D. Allen (Brookhaven; Wesson) converted a layup and Brumfield followed with a basket of his own for a 14-10 lead.

After a CCC (6-16; 2-11) basket, Carlous Williams (Hattiesburg; Harrison Central) hit a baseline jumper and then scored after blocking a CCC shot. The four-point run forced CCC to call timeout with 9:30 remaining in the first half.

The two sides traded baskets until late in the frame when PRCC went on a 14-2 run to close the half.

Cameron Brown (Hattiesburg) started the run with a long jumper and Brison Waller finished it with a putback for a 35-22 lead.

After the Tigers scored to open the second half, PRCC went on a 6-0 run to build a 41-25 lead. JaRonn Wilkens started the run and then Williams scored in the paint. Williams and JaRonn Wilkens then teamed up for a give-and-go-slam.

CCC ripped off a 10-0 run, forcing a PRCC timeout, but Allen scored during the flow of play and Jariyon Wilkens converted two free throws to push PRCC back ahead 45-35.

Later in the frame, Coahoma went on another run to pull within three, 50-47, but Ankerion Gross (Sardis; North Panola) nailed his only 3-pointer of the game to give the Wildcats a 53-47 lead.

Leading 53-49, Brown pumpfaked from behind the arch to send a defender soaring by before draining a wide-open 3-pointer. Brown nailed a jumper on PRCC’s next possession to give the Wildcats a 58-49 lead late in the contest and put a nail in any comeback bid from CCC.

Brown led the Wildcats in scoring with 17 points. Jariyon Wilkens was second on the team with nine points. Williams and Jaronn Wilkens rounded out the scoring leaders with eight and six points respectively.

“Like we say in the locker room, we all eat,” Oney said. “If one or two guys do all the scoring, they’re the only ones who eat. The way we do it keeps everyone involved and ready.”

The Wildcats will now prepare for the MACCC Tournament. Because MACCC games were postponed due to inclement weather across the state Thursday evening, several schools are playing their final regular season games Friday.