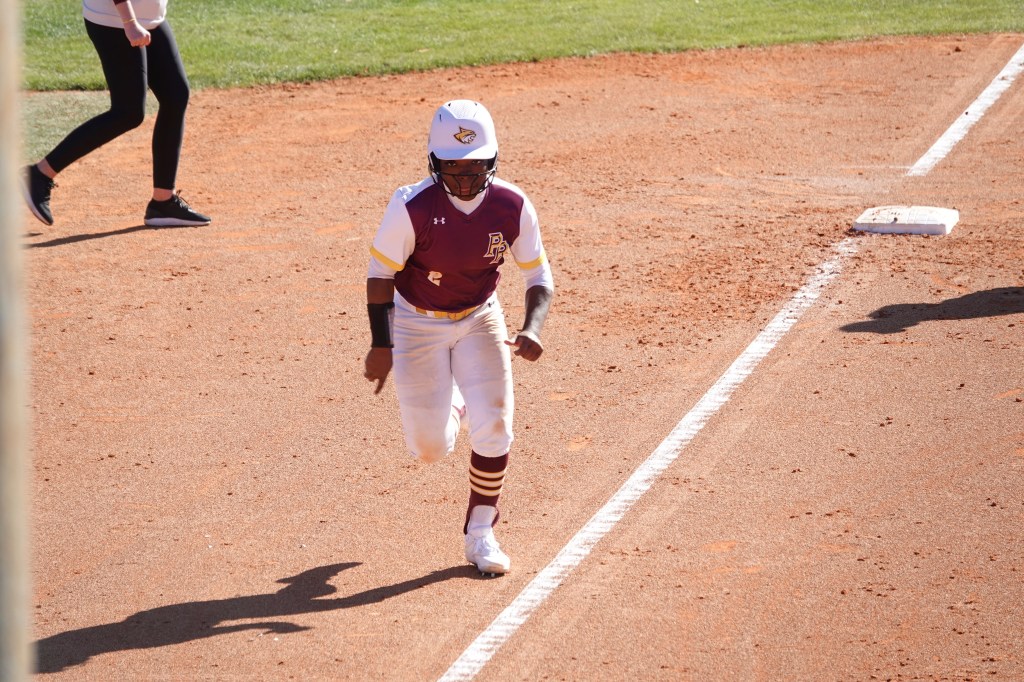 ALBERTVILLE, Ala. — No. 17 Pearl River softball wrapped its road trip and the Sand Mountain Classic Saturday by splitting the final two games. The Wildcats defeated Columbia State 14-0 and dropped the second game against NJCAA DI foe No. 12 Chattanooga State 8-0.
The Wildcats finished the weekend with a 3-1 record overall in the Sand Mountain Classic.

“It’s always good to walk away from a weekend 3-1; however, we are never satisfied with a loss,” head coach Christie Meeks said. “We have to continue to do the little things and remember what our strengths are.”

Hannah Embry (Vicksburg; Porters Chapel) stepped into the circle in the bottom of the first and struck out the first two batters and retired the third via the ground ball.

The Wildcat offense started the second strong with the first three batters reaching on walks. Payton Lee (Picayune; Pearl River Central) proceeded to unload the bases with a double, increasing the lead to 4-0. Later in the inning, Miller drove Lee in with a single and then came around to score on another single by Bradford.

Embry stepped back into the circle in the second with a 6-0 cushion to work with and proceeded to retire the side in order once again.

Pearl River picked up right where it left in the third as Aunie Rethmeyer (Belle Chasse, La) deposited a ball over the left field wall, increasing the lead to 7-0. Bethany Fewell(Mendenhall) came on to pinch-hit and promptly blasted a ball into left field for a base hit, driving in Makiya Hunter (Jackson; Clinton Christian Academy) and Cassidy Cartwright(Poplarville), blowing things open further 9-0. The Wildcats were not done there. After a Madi Waters (Laurel; West Jones) single, Miller ripped a ball down the right field line driving Waters in all the way from first. Julianah Overstreet (Vancleave) drove Miller home with a single as the Wildcats continued to pour it on, taking a 12-0 lead.

From there, Columbia State’s (0-5) pitching settled in for the moment and Embry was replaced in the circle by Madelyn Burch (Franklinton, La; Bowling Green).

The Wildcats padded the lead in the fifth as Miller again doubled, scoring Waters. Miller then came around to score on a slow-rolling groundball by Erin Daughtery (Vancleave), giving the Wildcats a 14-0 lead.

Miller led the way offensively in game one, collecting three hits. She also had 4 RBIs and scored four runs.

“Hannah was really solid at the plate for us today and was determined to get on and score in every at-bat,” Meeks said.

CHATTANOOGA STATE 8 PEARL RIVER 0
The Tigers (11-2) jumped out to an early lead and forced the Wildcats to make a pitching change. Pearl River had several opportunities to cut into the deficit but was unable to string hits together.

Chattanooga State took advantage of defensive miscues and added on to the lead late, winning 8-0.

UP NEXT
The Wildcats return to Poplarville on Thursday to take on Pensacola State College. First pitch is set for 3 p.m.

TUNE IN
All home Pearl River softball games are livestreamed for free at PRCCMedia.com. Fans who have Roku, Amazon Fire or Apple TV devices can also watch the Wildcat broadcasts by downloading the “Pearl River CC” channel from their app stores.