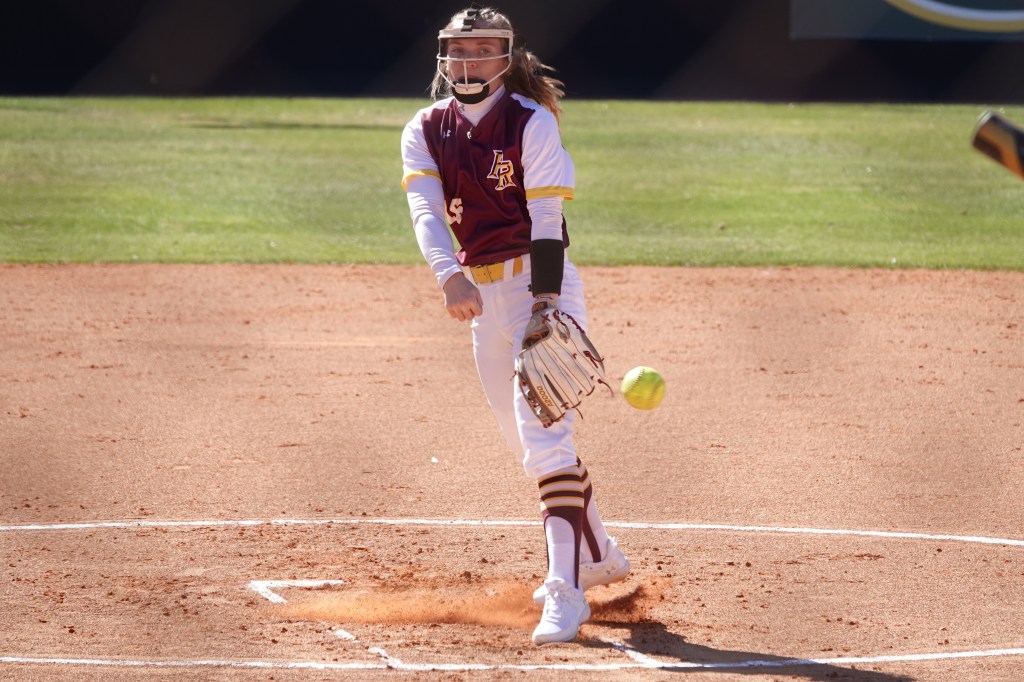 BAY MINETTE, Ala. — The No. 17 Pearl River softball team hit the road Friday to take on Coastal Alabama – South and earned a split. The Wildcats took game one by a score of 5-1 and the Sun Chiefs held off a late Wildcat rally to win game two, 4-2.

“I was happy with our defense and feel like we cleaned up a lot of the mistakes from the last series,” head coach Christie Meeks said. “I feel like we still have to put it together on offense. We have some things we will adjust this week leading into next week.”

GAME ONE
The Sun Chiefs (3-4 overall) threatened early in the first inning, getting a runner into scoring position. Hannah Embry (Vicksburg; Porters Chapel Academy) then forced a flyout and struck out the last batter to end the threat.

Payton Lee (Picayune; Pearl River Central) led off the third inning with a double off the wall and later came around to score on a Taelor York (Choctaw; Clinton Christian Academy) single giving Pearl River (2-2) an early 1-0 lead.

Immediately after, York came around to score after Hannah Miller (Kokomo; West Marion) hit a ground ball that snuck under the glove of a Sun Chiefs defender increasing the lead to 2-0.

Later in the inning, Keigan Pearson (Carriere; Pearl River Central) lined a single into centerfield that drove in Miller pushing the lead to 3-0 in favor of Pearl River.

With two out in the third, Dallyn Nance (Nanih Waiya) stepped up to the plate and proceeded to single into left field that scored Janna Peterson (Poplarville) giving the Wildcats a 4-0 lead.

The Sun Chiefs grabbed a run in the bottom of the fourth inning and forced Pearl River to make a pitching change. Brinson Anne Rogers (Statesboro, Ga.) came in and ended the threat with a strikeout and pop out.

In the top of the seventh, Miller stepped up to the plate and promptly deposited the ball over the centerfield wall extending the Wildcat lead 5-1.

The Sun Chiefs threatened in the bottom of the seventh, but after a mound visit, Rogers settled in to retire two straight as Pearl River won game one 5-1.

Embry earned the start and tallied 4 1/3 innings pitched and four strikeouts against four hits and just one earned run.

Rogers pitched 2 2/3 innings in relief with four strikeouts against two hits and a walk.

Pearson was the only Wildcat to have multiple hits in the game, with two. York, Miller and Pearson each had one RBI.

GAME TWO
York led off game two for Pearl River with a walk and later came around to score on a passed ball giving the Wildcats the early 1-0 lead.

The Wildcats loaded the bases in the top of the second but were unable to cash in as the score held 1-0 in favor of Pearl River.

The Wildcats again threatened in the third, but the Sun Chiefs avoided the big inning again, keeping the score at 1-0.

Coastal Alabama – South took the lead 4-1 in the bottom of the third off a grand slam.

Rogers came in and ended the inning with a strikeout.

The Wildcats got a run back in the sixth as Nance lined a single into right that was bobbled, allowing Cassidy Cartwright (Poplarville) to score and cut the lead to 4-2.

Pearl River threatened in the seventh but was turned away, falling in game two, 4-2.

Madelyn Burch (Franklinton, La.; Bowling Green) made her second start of the season and pitched 2 2/3 innings with four earned runs, two hits and two walks. Rogers once again entered in relief and tallied 3 1/3 innings with five strikeouts against one walk and no runs.

UP NEXT
The Wildcats return to action Tuesday for their home opener against Port Arthur and LSU Eunice. The first pitch is set for 2 p.m.