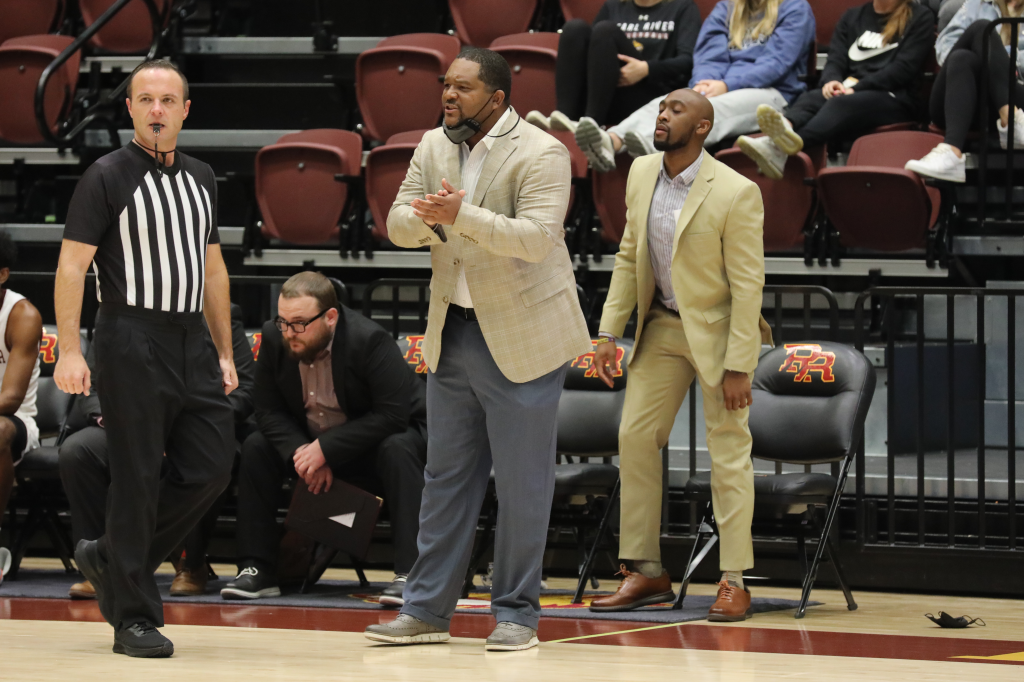 POPLARVILLE, Miss. — The No. 16 Pearl River men’s basketball team will begin its hunt for a third Region XXIII tournament title in the last four years Monday as they host Delgado in the opening round. Tipoff inside of Marvin R. White Coliseum is set for 7:30 p.m.

ABOUT THE WILDCATS
Pearl River enters the tournament after falling to East Mississippi in the MACCC semifinals, 57-51.

PRCC earned the No. 1 seed in the Region XXIII tournament after finishing the year with a 20-3 overall record and a 14-0 conference record.

Offensively, the Wildcats are led by Jaronn Wilkens (Biloxi) and Cameron Brown (Hattiesburg) who are averaging 11.9 and 11.5 points per game, respectively.

The Wilkens twins, Jariyon and Jaronn are first and second on the team in rebounding, pulling in 5.6 and 5.5 per game.

SCOUTING DELGADO
The Dolphins enter the game with a 9-15 record and two consecutive wins to end the season. The Wildcats and Dolphins met twice in the regular season with Delgado taking the first game 67-63 and Pearl River snatching the second 74-70.

DCC averages 73.1 points per game while shooting 44.1 percent from the field.