Maroon Tide wins in overtime for ticket to final four 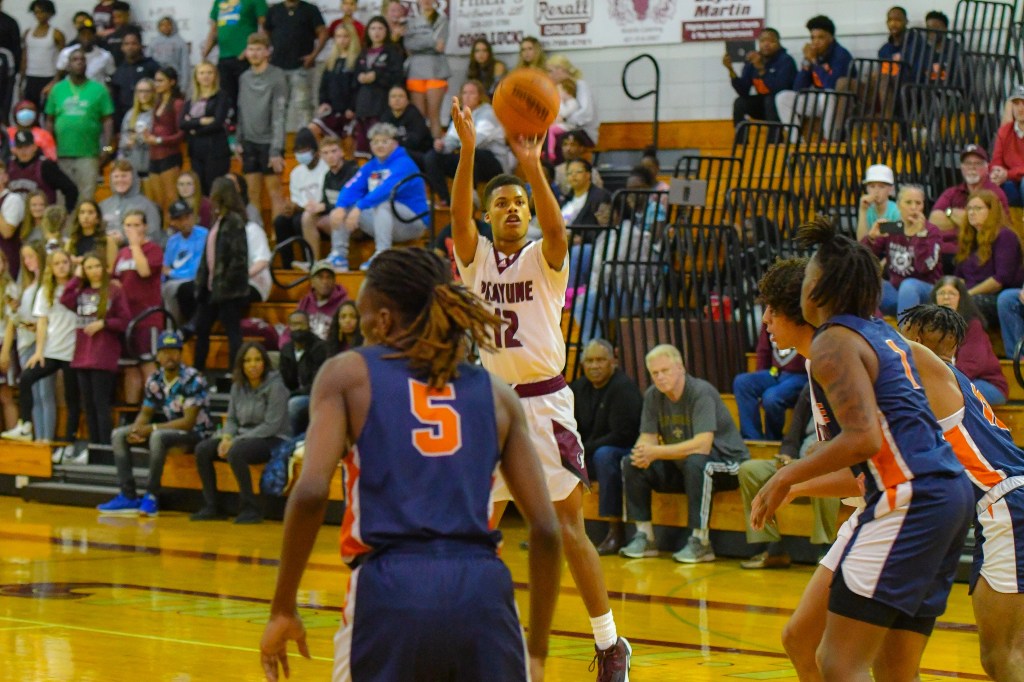 On Saturday the Picayune Maroon Tide punched their ticket to Mississippi Coliseum for the Final Four game of the 5A State championships. The Maroon Tide beat the Wayne County War Eagles in overtime 51-48.

“We battled, we competed… that game was a little ugly and tough and physical and we excepted that. We didn’t play our best but I’m just proud of those guys for finding a way and facing that adversity,” said Head Coach Eric Vianney.

“I’m proud of those guys, they found a way, they competed, it was not perfect by any means and I love it. I love it!”

In the first quarter the Maroon Tide came out hot. Troy Carter opened the game with a three, Dakeith Quinn scored a layup assisted by Isaac Brice and then Brice scored. Carter made 2 free throws and Jaylen Martin scored a layup to end the quarter up 11-7.

In the second quarter, Carter opened with back-to-back corner threes, but with four minutes to play the War Eagles tied the game at 17-17. The War Eagles then jumped to a 22-17 lead. The Maroon Tide cut it to one point after converting 3/4 from the strike zone. Jaheim Everett made a floater along the baseline that tied the score at 22-22 with one minute to play. In that time the War Eagles made 2/2 free throws and Maroon Tide’s Niquis Ratcliff made 1 of 2 free throws. At the half the Maroon Tide trailed 24-23.

In the third quarter, the Maroon Tide made a 9-2 run in four minutes courtesy of Brice’s six points and a Joshua Holmes layup.

With 2:30 left to play, the War Eagles made a short run closing the score 32-31. Ratcliff scored four points and that pushed the Maroon Tide’s lead to 36-31 going into the fourth quarter.

In the forth quarter the Maroon Tide was up 44-40 after Brice’s rebound and put back. With under a minute to play, the War Eagles cut the lead to one bucket. With 11 seconds on the clock the War Eagles tied the game at 44-44. A costly Maroon Tide turn over gave the ball back to the War Eagles with seven seconds left. The War Eagles had a clean look for a layup until Brice came across the paint and made a game saving block, sending the game to overtime.

In overtime Everett made two free-throws to take the lead with under two minutes. The War Eagles tied it up but Holmes answered with a layup and Ratcliff made two free throws. With 12 seconds left the Maroon Tide led 50-48. Holmes made 1 of two at the strike for a 51-48 lead. The final War Eagles possession was not easy, the Maroon Tide defense was locked in on every second of the possession and it resulted in Everett blocking the War Eagles three-point attempt.

Statisticlly, Brice had a game high 12 points and three blocks. Ratcliff and Carter both scored 11 points.

Next, the Maroon Tide will play at the Mississippi Coliseum in Jackson on Tuesday against the New Hope Trojans. Tip off is set for 7 p.m.