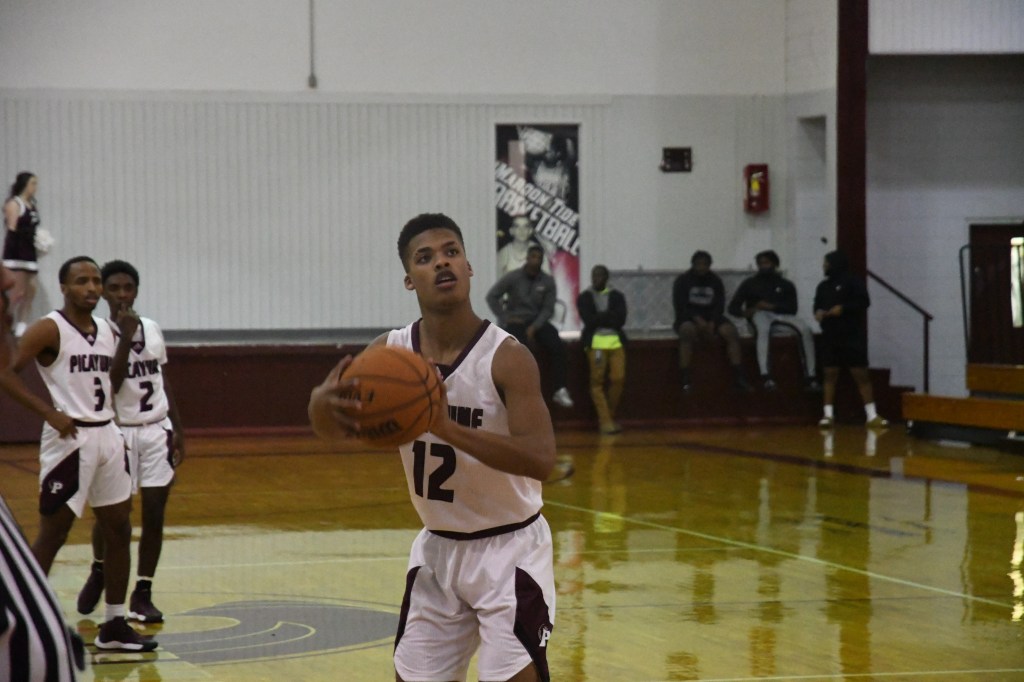 On Friday night, the Picayune Maroon Tide boys basketball team stood strong on the road and took down the Long Beach Bearcats 57-38.
“It was a tough game, we didn’t start how we wanted. They had a good game plan and they played well,” said boys basketball Head Coach Eric Vianney. “It took us until the fourth quarter to create a little lead by seven points, but it was still very difficult. We didn’t shoot the ball well.”
The Maroon Tide had to face a little adversity as shots weren’t falling in the basket and the Bearcats 1-2-2 zone was keeping the two teams close in scoring. But in the fourth quarter, the Maroon Tide spread the game out with a fast pace offense and a couple of crucial steals helped Picayune steal a win on the road.
“At this time of the year it’s good to see them react that way,” said Vianny.
Junior Joshua Holmes finished with 12 points and sophomore Niquis Ratcliff scored 11 points.
“Ratcliff was very, very important. He played well inside their zone, he handled the ball, made plays and made decisive passes,” said Vianny.
Vianney wants to finish the season on a good note when Picayune host the Hancock Hawks (15-8) this Friday night for senior night, which will be the last game of the regular season. Tip off is set for 7:30 p.m. The Maroon Tide currently stands 15-7 (6-0) and is riding a seven game winning streak to put the tem in first place in district standings.