Maroon Tide coast past the Braves 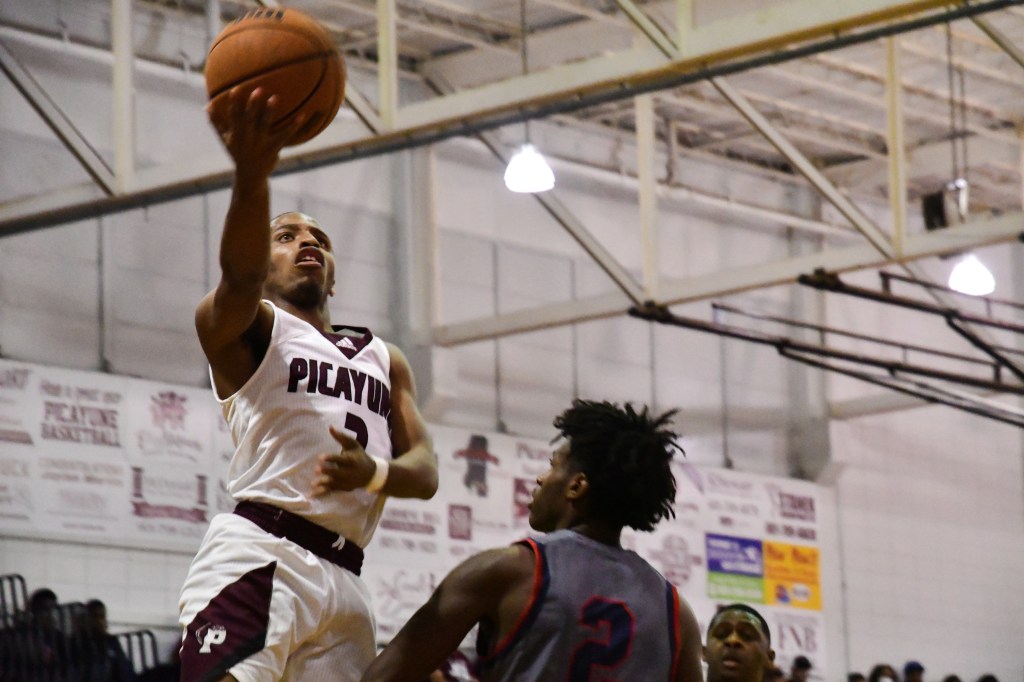 The Picayune Maroon Tide advanced to the third round of the 5A state tournament after earning a 60-47 win over the South Jones Braves.

Saturday night’s game started out close, but once the Maroon Tide got shots in the net, the team’s confidence and the lead grew.

“We didn’t play our best but the game was very physical. They play a physical game. It took us a while to adjust to it but we managed to make some plays and get some stops and make some shots to get the win,” said Maroon Tide basketball Head Coach Eric Vianney.

Vianney wasn’t too satisfied with just the win. He said his team didn’t rebound well, nor have good transition defense or rotate enough on defense to take charges. With another week between games, Vianney has a lot he wants to improve.

“It’s going to be a long week. We got to find a way to stay focused and try to get another win,” he said.

The Maroon Tide ended the first quarter leading 11-7. Junior Troy Carter scored all of Maroon Tide’s 11 points by that point.

In the second quarter, the Braves took an early 13-12 lead. The Maroon Tide claimed it back after senior Isaac Brice’s put back dunk. With 6:15 to play in the quarter, both teams traded baskets. With less than 90 seconds left, senior Jaylen Martin picked up a steal and went coast-to-coast for a layup, putting the Maroon Tide up 17-14. In the last three seconds of play, junior Joshua Holmes was fouled behind the arc. He made 2 of 3 free throws. Then, Isaac got a steal right under the basket and dunked over Braves defender as time ran out. The Maroon Tide went into the half up 21-14.

Carter hit a corner three to open the third quarter and at the four minute mark he scored three points the old fashioned way. The Maroon Tide led 29-17. Both teams traded buckets but the Maroon Tide held the lead firm coupled by Holmes’ one-one-one buckets. At the end of the quarter the Maroon Tide led 39-28.

In the fourth quarter the Maroon Tide went up 43-31 after sophomore Niquis Ratcliff’s steal and layup. Junior Jaheim Everett scored a floater and freshmen Dakeith Quinn scored a layup, adding to the Maroon Tide’s 47-37 lead. With less than three minutes left in regulation play, the Maroon Tide ended the game with a 13-10 run.

Next the Maroon Tide will host the Wayne County War Eagles in round three of the tournament. Tip of is set for 7 p.m.

Bulldogs close out EMCC with 10-0 run