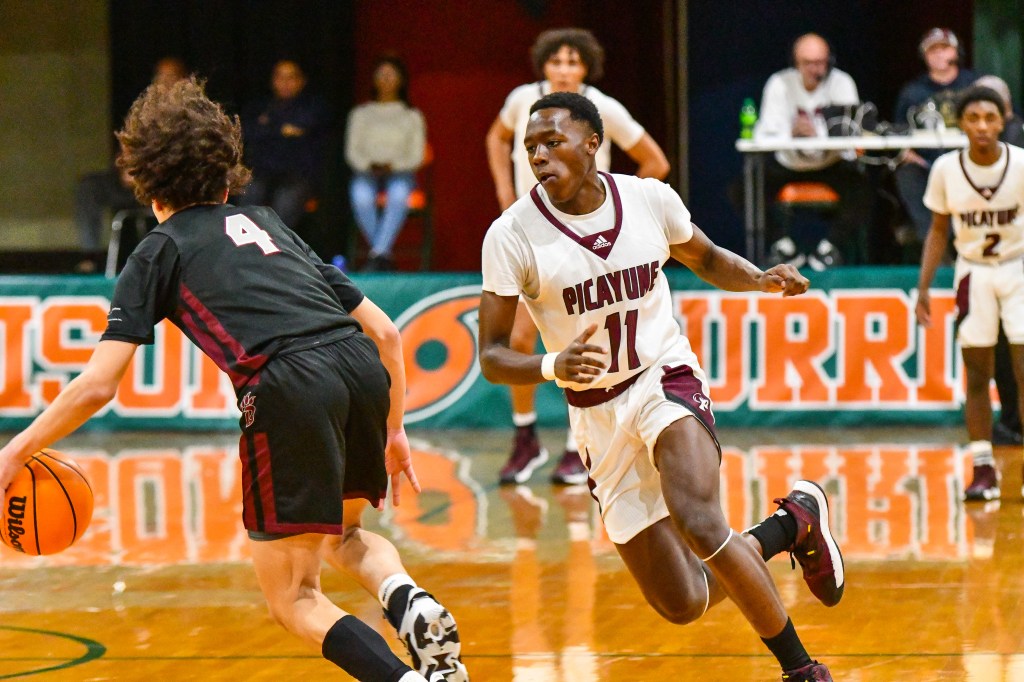 “These guys, throughout this season, they battled, they were never perfect and I’m just happy for these guys they finally got it done,” said Vianney. “I just remember last year when we lost in the playoffs against Forrest Hill, and I kept reminding these guys throughout the year, ‘You remember how it felt, if you want to go back to that level you got to be better than whatever we produced that night.’ And I’m just happy that we’re back to this, (district champions) they found a way and I’m just proud of them.”

With 90 seconds to play in the first quarter, the Maroon Tide jumped to a 16-6 lead. Holmes added two points after his steal and coast-to-coast layup. The Bearcats ended the quarter scoring five points yet the Maroon Tide still led 18-11.

To start the second quarter freshman Dakeith Quinn scored back-to-back layups, Holmes knocked in a jump shot and made an assisting play to senior Isaiah Ramsey for two points. That put the Maroon Tide up 26-13 with less than three minutes to play in the quarter. The Maroon Tide tacked on 11 more points to end the half leading 38-14.

Six minutes into the third quarter the Maroon Tide built a 20-4 run over the Bearcats. Highlights during that run includes Holmes and Carter hitting a pair of three’s, Ramsey scoring a coast-to-coast layup and Quinn and sophomore Jaden Hart making a layup. In the last few minutes, the Maroon Tide stretched the lead to 62-19.

In the fourth quarter, Brunson Stockstill assisted Hart for two, then junior Tyran Warren grabbed an offensive rebound for a put back. The Bearcats had some spark offensively in the fourth quarter but it was too little too late, so the Maroon Tide capped the game off with a 77-33 win.

Holmes finished with 23 points, Carter had 16 and Hart finished the game with eight points.

Next, the No.1 seeded Maroon Tide will host the winner of West Jones vs. South Jones this Saturday night at 7 p.m. in the second round of the 2022 5A Boys Basketball Championship.