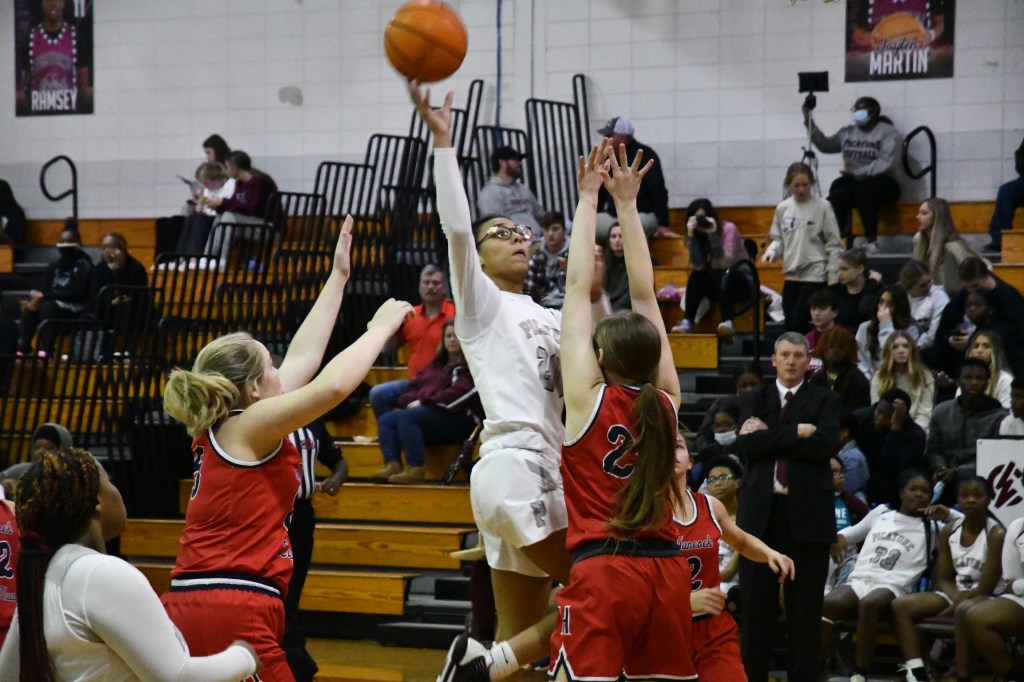 In the first quarter, senior Precious Ivy tied the game at 2-2. The Hawks made a huge run, scoring 21 points over Maroon Tide’s one point. Ivy had a buzzer beating layup to end the half, but the Maroon Tide was still down 23-5.

In the second quarter, sophomore Kalerria Watts scored a layup to cut the deficit to 23-7. The Lady Maroon Tide went scoreless the rest of the half as the Hawks scored 25 unanswered points. At the end of the half, the Hawks were up 48-7.

Next for the Lady Maroon Tide (1-19) is the district tournament, where the team will face district champions, Pearl River Central’s Lady Blue Devils (10-11) at West Harrison on Feb. 8 at 6:00 p.m.