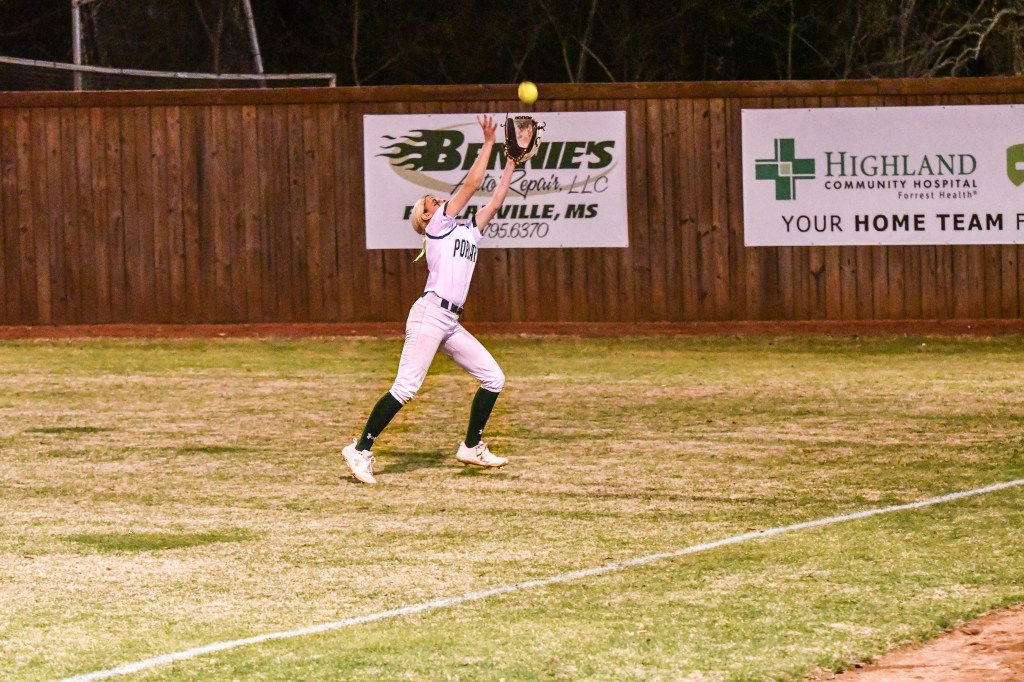 “It was pretty intense for our first game,” said softball Head Coach Janessa Deckwa. “They handled it well. Last year’s team, we would quickly fall with our backs against the wall, but last night they just kept it rolling, they didn’t psych themselves out under pressure. They hung in there and got it done.”

The Tigers led 2-0 in the third inning.

The Tigers answered back and tied the runs up at 3-3. With zero outs the Tigers managed to get bases loaded and run all players in, making the 3-3 tie a 6-3 lead for the Tigers.

In inning five, both teams scored one run each. In inning six the Hornets minimized the Tigers lead to 7-5. In inning seven the Lady Hornets defense allowed no runs. The offense made big strides by getting a runner on base and slowly chipped away at the Tigers lead. The score was 7-6 and the Hornets were facing two outs with one runner on second base. A deep hit allowed a Lady Hornets runner to score and tie the game up at 7-7.

In the extra inning, the Lady Hornets defense stood tall and prevented any positive runs for the Tigers. The Hornets offense only needed one run to win and they got exactly that. With freshmen Shailey Peterson on second base and sophomore Lily Tynes at bat, Tynes made a great ground ball hit up the middle with enough time for Peterson to run in for the scoring run. That gave the Lady Hornets an 8-7 win over the Tigers.

Next the Lady Hornets will play three games at home starting with Parry Central on Feb. 17 at 6:30 p.m.