Hornets burn out in double overtime of district tournament 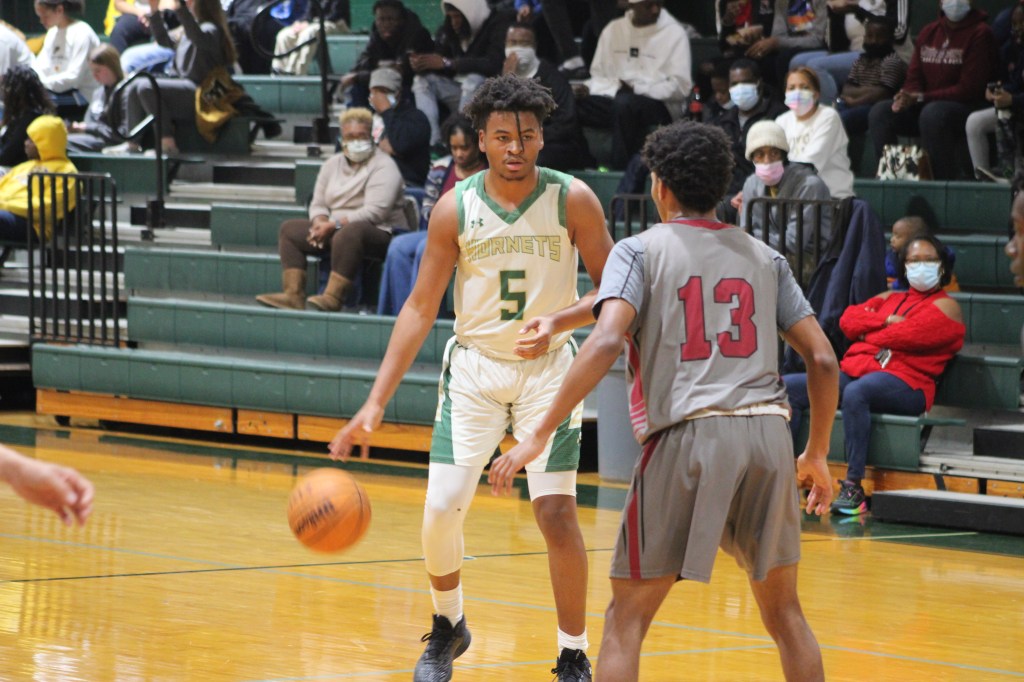 Tuesday night, the Poplarville Hornets boys basketball team played the Columbia Wildcats in day one of the 4A region 7-championship tournament. The game stretched to double overtime but the Hornets fell short 59-52.

The Hornets played strong and held a 13-point lead at the half. But that lead sank as the game went on.

“In the second half we just didn’t get it done. We kind of let them back into the game,” said boys basketball Head Coach Dennan Seal.

In the forth quarter, junior Quan Huderson shot a one-and-one free throw. He made both to tie the game up and send it into overtime. During the overtime period with under seven seconds left to play, the Hornets were down by four but when senior Dalton Davis was fouled and a technical foul lodged against a Columbia coach resulted in the Hornets getting four free throw opportunities. Davis made all four free throws tying the game once again and sending it into double overtime. In double overtime three key for players the Hornets fouled out of the game, which eventually led to the team losing 59-52.

“We had more than enough opportunities we just couldn’t get it done…the season ended a little shorter than we would have liked,” said Seal.

“They’ve grown as much as I could ask for, we lost a bunch of kids because of summer and we had some not come back because of football but the ones that really wanted to be here, they’ve grown a lot,” said Seal. “We got some key guys coming back next year and we’re really excited about the direction the team is going.”