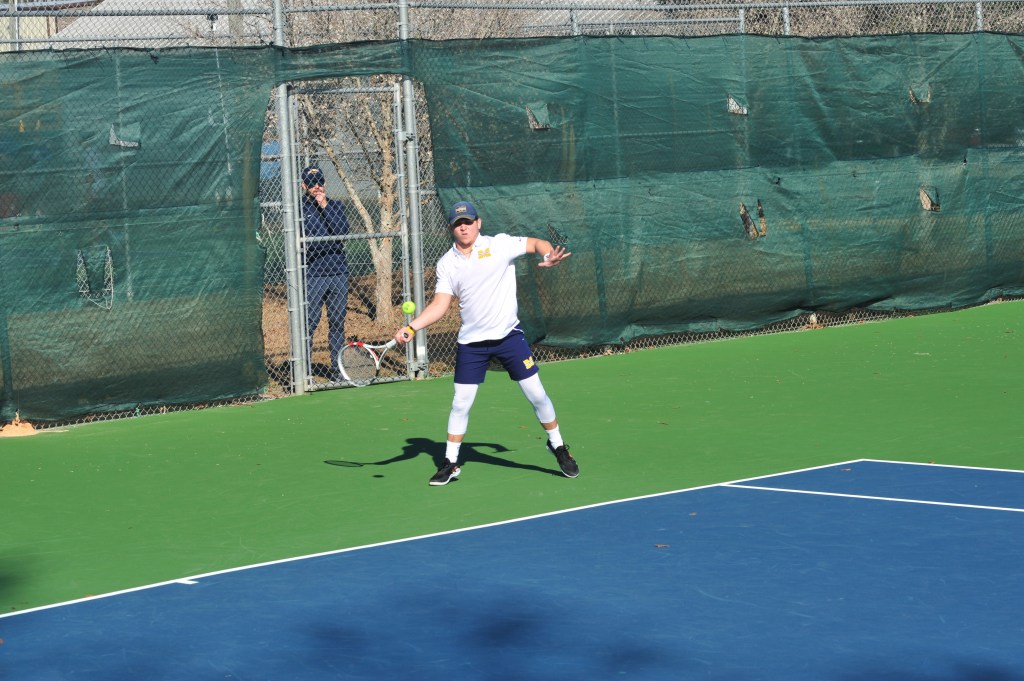 “They took care of business,” Bulldogs coach Sam Blackburn said. “They did what we’ve been working hard to do all year. They started hot and finished hotter.”

Paul Gayk (Fr., Muelheim an der Ruhr, Germany/Berufskolleg Lehnerstrasse) picked up his first win at No. 1 singles, clawing back from down 4-1 in the second set to win in straight sets.

Gulf Coast dominated the bottom four singles matches, dropping only six games in eight sets. Jackson Ward (So., Gulfport/Gulfport) double-bageled his opponent at No. 6, and Alex King (So., Ocean Springs/Ocean Springs) lost only one game.

“We took care of business,” Blackburn said. “There’s not much more to stay about it.”

It was the 22nd straight win against MACCC opponents for Gulf Coast, which is now 2-0 on the season. The Bulldogs are back in action at home Friday. Meridian visits for another conference showdown.