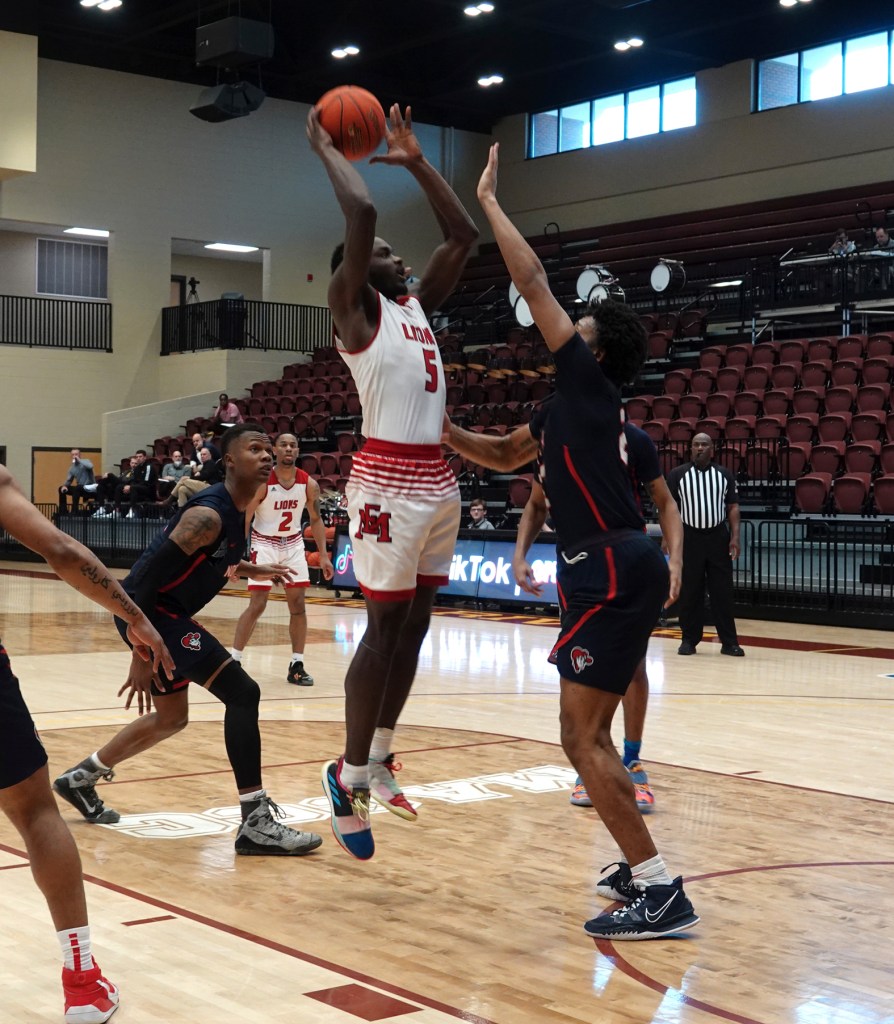 During Tuesday’s opening-round men’s action, the EMCC men jumped out to an early 10-0 lead over Northwest with all five starters each scoring a basket before the Rangers got on the board at the 12:46 mark. Paced by Blake Butler’s dozen points and eight rebounds during the opening 20 minutes of play, the Lions pulled ahead by 13 points (21-8) by the 7:10 mark after the second of his three first-half treys.

Northwest responded by outscoring EMCC, 13-2, during the final four minutes of the opening half to cut the deficit to just a single point (28-27) by the halftime break.

The Rangers would only manage to get as close as eight points on two occasions the rest of the way, as the Lions pulled away with the 14-point victory during the season’s rubber match between the two teams. EMCC and Northwest split the regular-season meetings with both clubs prevailing on the other’s home floor by nearly identical scores. The Lions avenged their 70-65 home setback on Nov. 4 in Scooba with a 70-64 road triumph in Senatobia a month later (Dec. 2) to open conference play.

Both teams had four players score in double figures during Tuesday’s meeting. Butler finished with a game-high 18 points and nine rebounds for EMCC. Jakorie Smith followed with 13 points and seven boards, while Nick Walker and Traemond Pittman added 11 and 10 points, respectively, in the winning effort.