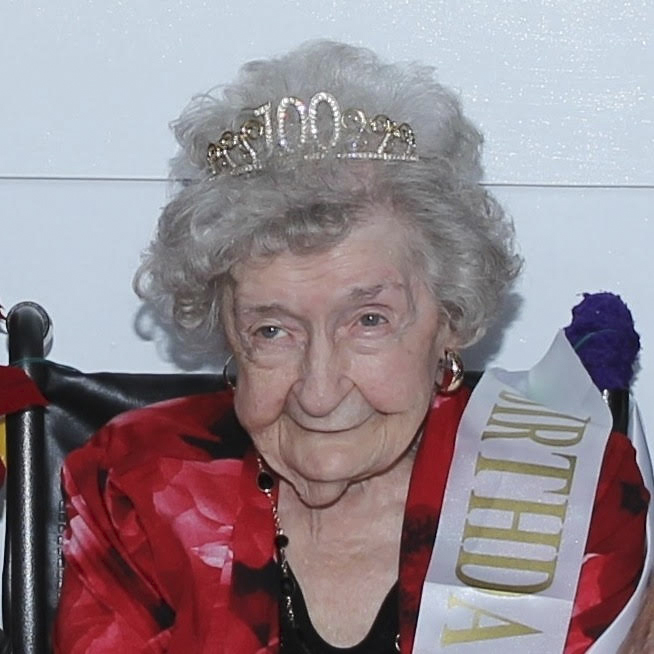 After living a full and meaningful life for over 102 years, Dorothy Elizabeth Hedge Phillips went to be with the Lord on February 12, 2022. At her 100th birthday party, family members and friends shared memories that expressed what a loving and giving person she had always been, and how she had been such a blessing to them.
Dorothy was born on December 21, 1919, in Collinsburg, LA, and will be laid to rest at a later date in Forest Park Cemetery in Shreveport, LA, where she lived most of her life. The Rev. Steve Caraway will officiate at a graveside service.
She was a bookkeeper for many years, and was a member of Noel Memorial United Methodist Church in Shreveport.
Dorothy was preceded in death by her parents, William Jester Hedge and Eppie Nattin Hedge; her husband, Ashton Asberry Phillips, Sr.; her son, Ashton Asberry (Phil) Phillips, Jr.; and her sisters, Mary Hedge Burt and Margory Hedge.
Left to cherish her memory are her loving and devoted daughter and son-in-law, Dorothy Anne Phillips Stringer and Larry Stringer, Carriere, MS; her grandsons, Bret Stringer, St. Louis, MO, and Stephen (Lori Green) Stringer, Slidell, LA; her great-grandchildren, Myles (Elizabeth Maurey) Stringer, Brazil, IN, Casey Stringer, Greencastle, IN, and Jarett Stringer, Terre Haute, IN; her great-great-grandchildren, Ron Stringer and Bret L. Stringer, Brazil, IN; and numerous nieces and nephews.
Dorothy loved and served her Lord for her whole life and her faith and family were of utmost importance to her. She exhibited her servant’s heart to countless family members and friends. She cared for her son, Phil (who had cerebral palsy), with such dedication that he greatly outlived his life expectancy and lived a full and happy life. With Phil’s contagious smile and great sense of humor, and the love and devotion she gave him, they were quite a pair!
Because of her quiet, gentle spirit, Dorothy influenced many people, and showed them the love of Jesus. She exhibited such peace, kindness, gratitude, love and humility that they found it a joy to be around her, and she will be greatly missed by anyone who knew her well.
Dorothy’s family would like to thank Rebecca Welch and her staff at Timeless Grace Residential Care, Carriere, MS, where she lived the last five years of her life, for the loving care and attention they gave her. She was known there as “sweet Dorothy,” a name which was well deserved, and they treated her like family. Many people have commented that she was the sweetest, kindest person they had ever known. Her family is also grateful to HomeCare Hospice and her hospice nurse, Michelle Shell, for the wonderful care she received from them the last few months.
McDonald Funeral Home, Picayune, was in charge of local arrangements. Obituary and Register Book can be found on the internet page at www.mcdonaldfh.com.