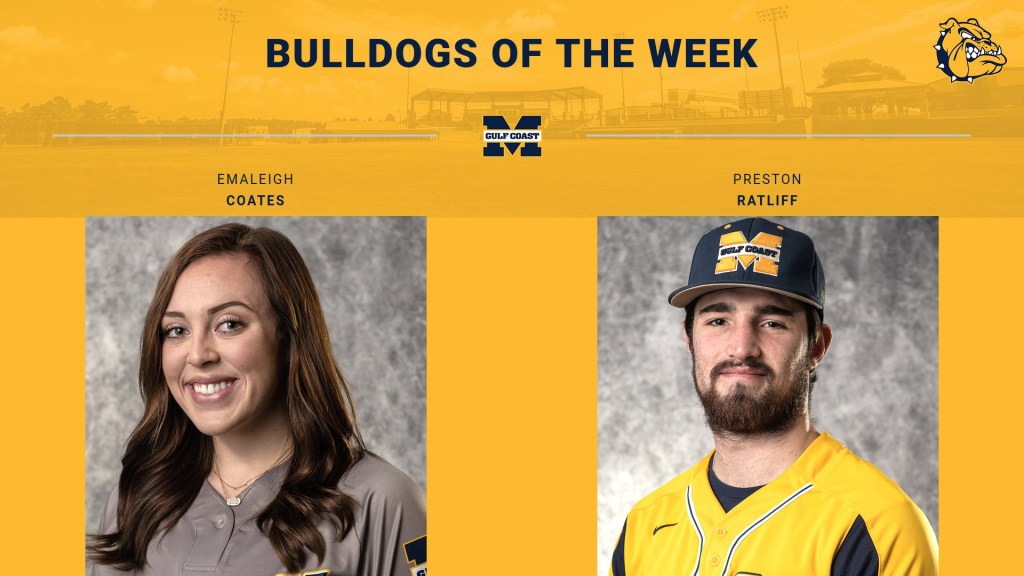 PERKINSTON — Emaleigh Coates and Preston Ratliff have been named Bulldogs of the Week for Feb. 14-20.

Coates, a sophomore pitcher/third baseman from Lucedale, threw a two-hitter to beat Coastal Alabama 9-1. She didn’t allow an earned run while striking out eight and walking just one. She was also a menace at the plate, batting .417 for the week with two home runs, a double and four RBI.

Ratliff, a sophomore from Slidell, La., had two homers and three doubles in four games for Gulf Coast. He batted .571 and drove in three runs.

Luke Reed, a sophomore right-hander from Louisville, Ky., threw a complete-game five-hitter, allowing one earned run and striking out seven in six innings of a 3-2 loss to Wallace State. He also struck out a batter in 0.2 innings of relief work against Baton Rouge earlier in the week.