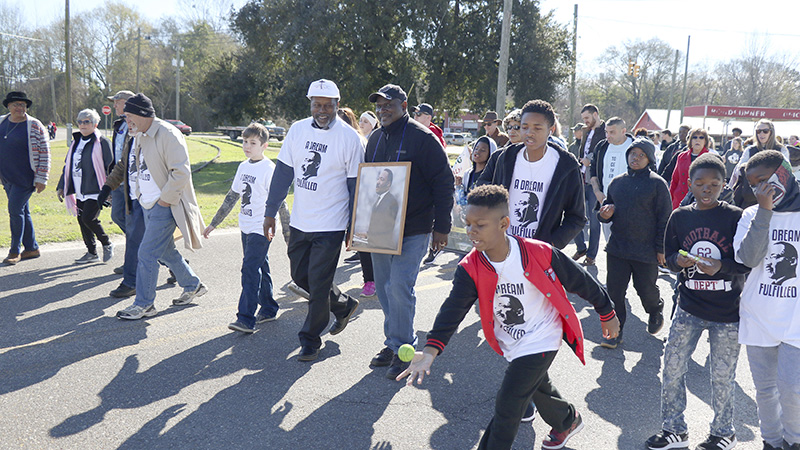 Leavern Guy has been a Picayune resident for over 50 years a “life journey,” he says. He’s a former City Council member, who served in that capacity for over 24 years, he’s CEO of Guy Enterprises and a former Picayune Mayoral candidate.

In his years in this city, Guy has witnessed and been a part of several growth spurts in Picayune and the African American community. During his time on the Council he prided himself on unselfishness and working for the betterment of others. In his early years, he led a march in the city of Picayune to help people who were living in “dilapidated situations,” within public housing.

“I remember getting a lot of criticism from the bankers and some of the other leaders and community, however it was the right thing to do because they didn’t have a voice that people would listen to,” said Guy. “So, by me using my pulpit as a city councilman it brought some attention to the issues they were having at that time.”

Guy marched for several weeks and was able to see the changes come to fruition. The change he fought for in the community focused on housing on Rosa Street, turning them from “dilapidated houses” to redeveloped brick houses and paved roads.

“That was something we were able to accomplish with the right leadership. It’s important when you’re trying to accomplish big things,” said Guy.

To Guy, everywhere a person goes they should leave some kind of impact, especially when changes are necessary. Guy said a community needs the right leadership who is concerned about everyone, and involves everyone.

“Not limited to the Black community, it’s for all communities.” said Guy. “We have to have people who have compassion and concern about people who are less fortunate.”

One of the worst things he sees for a Black community  is when an individual reaches the top and doesn’t pave the way for others.

“They don’t want no one else up there but them, and that’s not right. We got to start letting the ladder back down so other people can start to rise above their situation.” he said. “I think once we face certain realities our community becomes more successful.”

Guy believes the younger generation will figure it out. While filling out paperwork to get his grandson, who is dyslexic, a vaccination shot, his grandson came across a question on the registration sheet asking for his race. Guy said his grandson’s response was “Human.”

Guy said, “I thought that was so profound I still use that today and he’s absolutely right. That is the most true statement you can ever make. We’re all human.”

Guy’s mother and father taught him about his ancestry originating back to Africa at a young age. He said he’s proud of his dark skin and where he comes from. Guy urges other to do the same.

Moving forward, Guy is pushing for Picayune to start thinking big and take advantage of the technology that exists.

“In our black community it’s important that we put something back into the community… when people get to a certain status into their life we shouldn’t become like the Dead Sea, where everything is flowing to you. You’re taking all this stuff in but you never allow anything to go back out,” said Guy. “We have to put something back into the community, it’s important that we do that.”