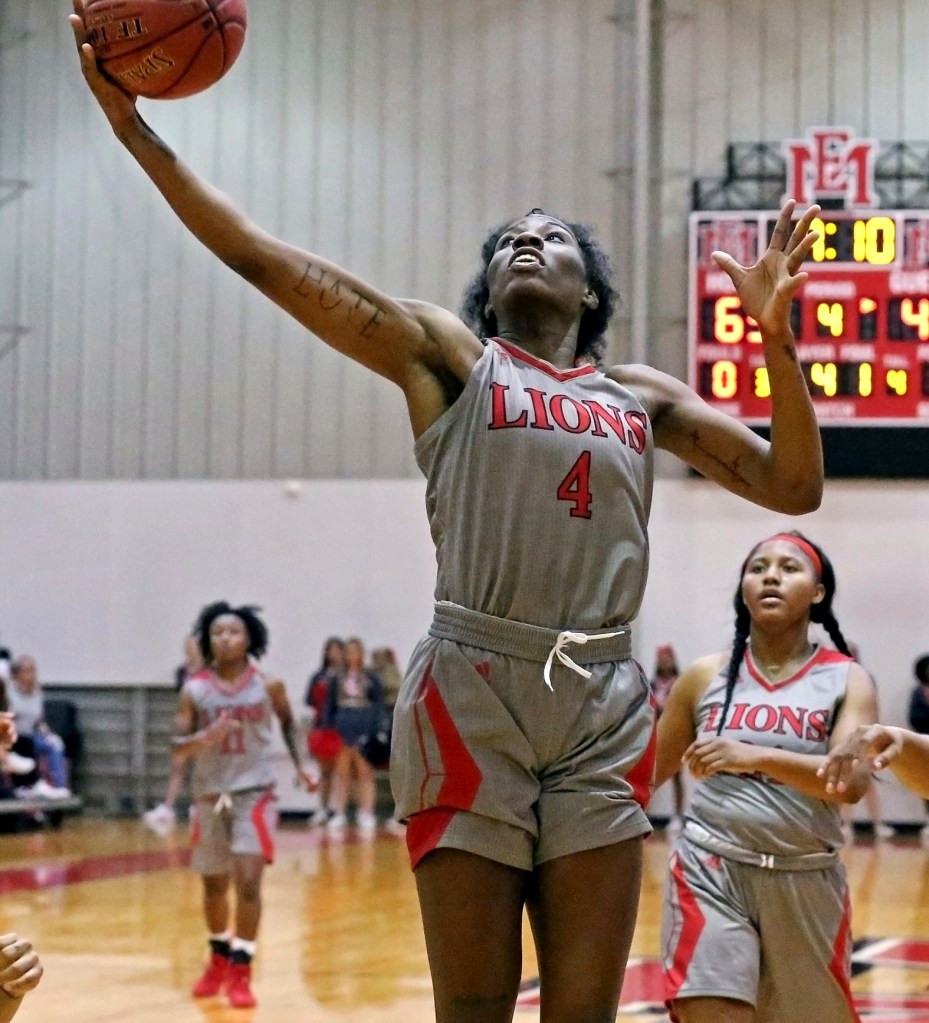 Formerly a 2018-19 Jackson Clarion-Ledger Dandy Dozen preseason pick at Lawrence County High School, Thomas posted career bests with 20 points and 20 rebounds against the Lady Trojans. In recording her eighth double-double of the season by the halftime break, the sophomore forward finished the contest connecting on 8-of-14 shots from the field and 4-of-6 from the charity stripe. Thomas added six offensive rebounds and 14 defensive boards along with handing out a pair of assists in EMCC’s 24-point road victory.

After trailing for the opening five minutes of the contest, the Lady Lions scored nine unanswered points to take the lead for good. EMCC’s four-point lead (19-15) at the end of the first quarter increased to 40-33 heading into intermission.

On the heels of her 11-point, 11-rebound effort during the opening 20 minutes of play, Thomas scored three straight baskets early in the second half to ignite a game-deciding 21-2 run that put the Lady Lions on top, 62-39. EMCC’s margin stayed at 23 points (68-45) heading into the final period after outscoring Delta, 28-12, during the third quarter.

The Lady Lions’ 24-point victory improved their overall record to 7-7 overall and 4-2 within the conference.

Fellow EMCC sophomore forward Siarra Jackson, out of Ripley, also had a career-best scoring outing with 19 points on 7-of-8 accuracy from the field and 5-of-7 from the line. Shakira Wilson, from Southeast Lauderdale High School, tallied 11 of her 13 points during the second half.

Dropping to 4-9 overall and 0-5 in the MACCC, the Mississippi Delta women received balanced scoring from four double-digit scorers. LaDiamond Body led the way for the Lady Trojans with 15 points, followed by Aeraeonna Manuel (12), Makia Willis (11) and Rodericka Parker (10).

Coach Sharon Thompson’s EMCC Lady Lions are scheduled to play host to the Lady Tigers of Northeast Mississippi on Monday (Jan. 24). Tip-off is slated for 6 p.m. at Keyes T. Currie Coliseum on the Scooba campus.