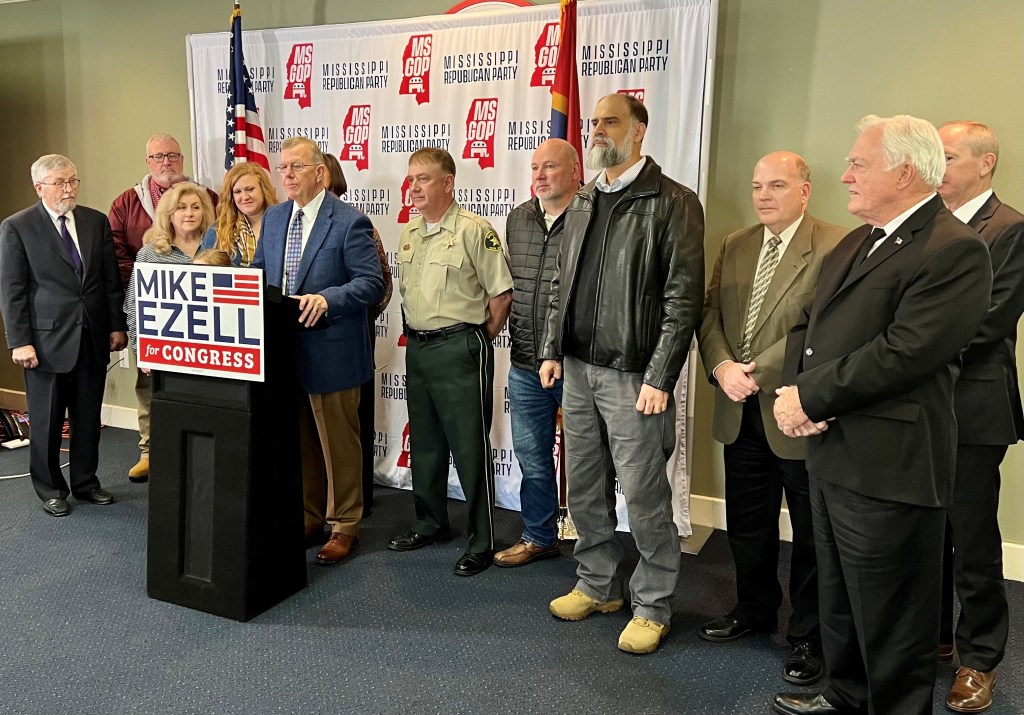 (Jackson, Miss.) – On Monday, January 3, Jackson County Republican Sheriff Mike Ezell filed his qualifying paperwork for his campaign for U.S. Congress in Mississippi’s Fourth District (MS-4). While Sheriff Ezell announced his campaign in April, 2021, today is the first day candidates can file for the 2022 election by submitting their paperwork to the Mississippi Republican Party in Jackson. Last month, Ezell announced the names of his County Chairs for his campaign in every county in the district.

Sheriff Mike Ezell is a Republican who has served as Jackson County Sheriff since 2014 when he was first elected in a special election and re-elected to the position in 2015 and 2019. Sheriff Ezell has 40 years of service in law enforcement including working in the Pascagoula Police Department, Chief of Police of Ocean Springs, and Sheriff of Jackson County.

“I am pleased to officially file my paperwork to qualify for the Republican primary for Congress,” Ezell stated. “Since announcing my candidacy last April, I have spent as much time as possible traveling our district listening to the people. Everywhere I go folks are alarmed about what is going on in Washington. They are angry with President Biden and his supporters on Capitol Hill for the failures and disastrous policies. They are frustrated Republicans cannot seem to do anything to stop what is happening. On a personal level, they are disappointed in their Congressman who they believe is not showing up, not listening to them and not fighting hard enough for their values. With so many of the big issues facing our country being centered on public safety, law enforcement and individual freedoms, I am running for Congress because my experience in law enforcement has uniquely prepared me to be the best representative for the people of South Mississippi in Washington.”

“As Congressman, I will lead for strong borders, law and order, secure elections, ethics and integrity from elected officials, and the protection of individual rights and liberties guaranteed by our Constitution, “Ezell said. “Most importantly, I will always be accessible and accountable to the people. I will hold town halls in every county – and I will show up. I will always listen to you. My family and I are excited to continue this campaign and work hard to earn the support of the people.”

Ezell graduated from the Mississippi Law Enforcement Training Academy and obtained a degree in criminal justice from the University of Southern Mississippi. He was also selected to attend the FBI National Academy and later worked with the FBI on their Safe Streets Task Force. He is an active member of the Jackson County Republican Club and the Mississippi Sheriffs’ Association. He and his wife, Suzette, live in Pascagoula and are active members of First Baptist Church of Pascagoula. They have one daughter, son-in-law, and a granddaughter.