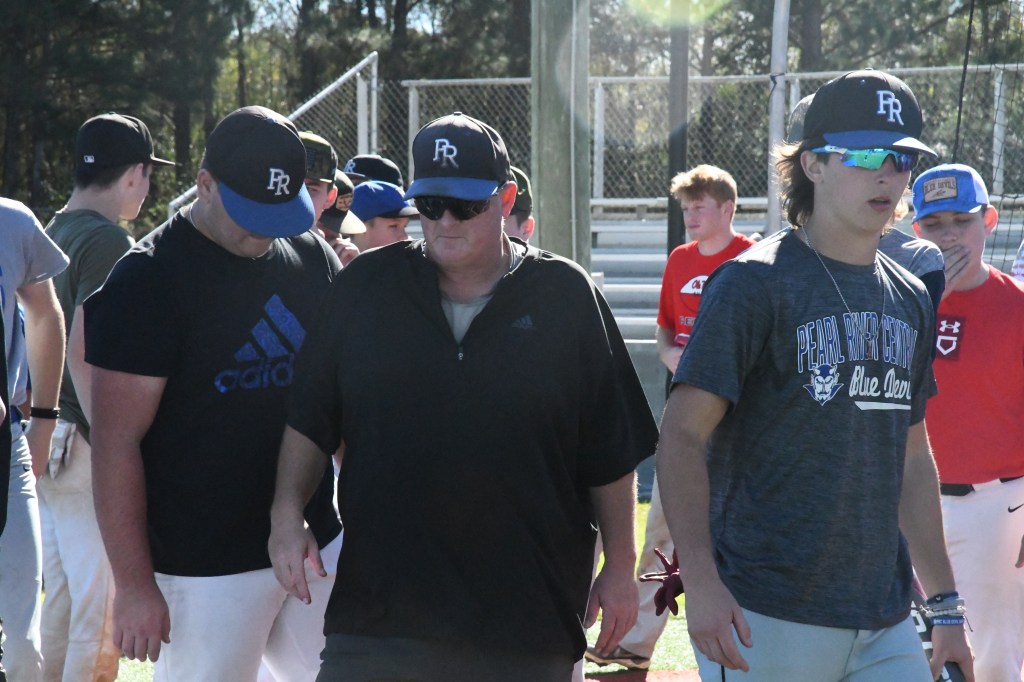 Last season’s No.1 ranked Pearl River Central Blue Devils baseball team is seeking another run in the state championships through the guidance of Head Coach Neil Walther, who has been coaching the team for the past 15 years. The Blue Devils finished last year’s season 28-4. But that season was cut short in the semi-finals against the Pascagoula Panthers.
“It was a good year, just disappointing,” said Walther. “We had a bad weekend and got knocked out in the semifinals, we were number one in the state when we got knocked out but that doesn’t matter come playoff time.”
The Blue Devils will have eight seniors this year, and five starters back from last year’s team to make a run at the state championship.
“Hopefully they can go on and be more successful this year, and I say that after they went 28-4… I don’t care if they go 16-18 as long as they go to the state finals. Records are material, and they’re capable of it,” said Walther.
Most of the team has been working out since August, with only a few of Walther’s players currently playing basketball. Everything Walther has covered will be quickly revisited in the preseason, and then the team will focus on batting practice. Walther wants to get his pitchers warmed up and the team playing live games in a few weeks.
“You can’t replace those live at bats, everyone can hit in the cage…, a lot of them can look good because it’s laid in there. We got to see who could do it when someone’s trying to get them out,” said Walther.
Walther says he is fortunate to have a lot of arms on the team, so his batters can see the different aspects of pitching.
The Blue Devils have several All-State players retuning this season, three of which Walther feels he needs to keep an eye on. Noland Walther a second baseman who is a senior this year, had the most runs last season at 37 and 11 stolen bases, and there is senior pitcher Justin Robinson who has an .88 percent win/loss on the mound, and junior out fielder Caleb Dyess who had the most hits at 44 and home run hits at two. Dyess also stole 18 bases last season.
Noland Walther said his goal for the season is to, “pick up where we left off.”
“Win games early and try to figure everything out as soon as we possible can, I think the first couple of games will be rough for us but we’ll get into the grove,” said Justin Robinson.
“We’ll just take one game at a time and try not to look all the way ahead,” Hunter Brunson said about the upcoming season.
They’re eager to start playing because they feel they were cut short last year.
“We cheated ourselves out last year, we could have went so much further, we’re so much better of a team,” said Brunson.
Walther believes more players on his team would have named all state if the team had advanced further in the playoffs.
“This is how it should be, the more you win, the more you advance in the tournament, the more kids that make it… if we did what we should have done we’d get a couple more.”
This years Blue Devils team has depth to their roster, and not only will that mean the potential to go all the way, depth is important this year because of the pandemic. He added that depth keeps the players competitive so starters don’t become complacent.
“Hope this stuff goes away but while you’re dealing with it you have to have depth,” said Walther.
The Blue Devils will have a Jamboree at the Pearl River Community College on Feb. 12, where the team will face East Central and South Jones. The first pitch of the regular season is scheduled for Feb. 15.