Polk to speak at In The Blue Banquet 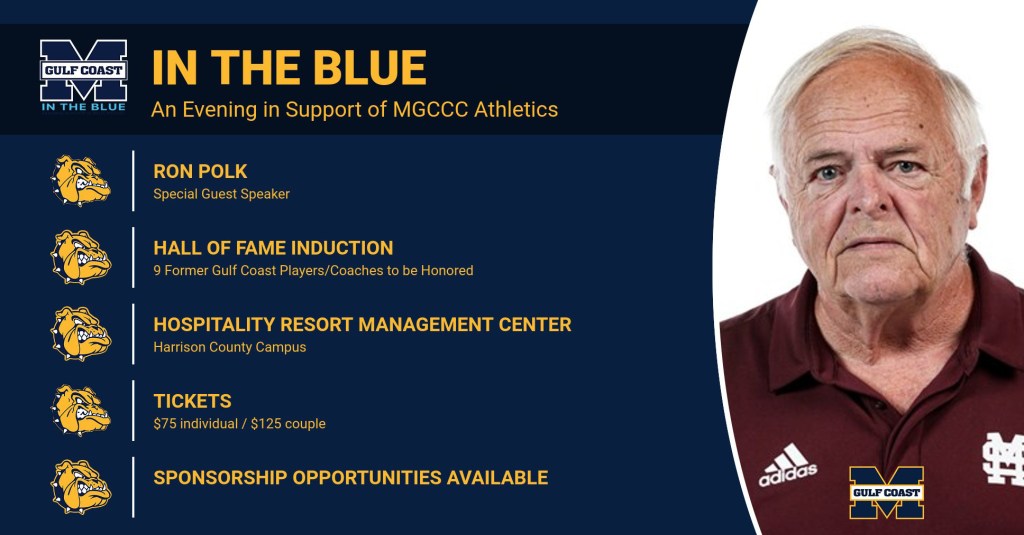 PERKINSTON — Legendary college baseball coach Ron Polk will be the speaker at Mississippi Gulf Coast’s In The Blue Banquet to be held Feb. 4.

Polk will speak before the induction of the 2021 Class of the MGCCC Athletic Hall of Fame at In The Blue: An Evening in Support of MGCCC Athletics. It will take place at the Hospitality Resort Management Center on the Harrison County Campus in Biloxi.

The banquet begins at 6 p.m. Tickets can be purchased at https://mgccc.edu/in-the-blue/, with a variety of sponsorship opportunities available. Individual tickets are $75 and couples get in for $125.

Polk is considered by many to be the Father of Southeastern Conference Baseball. He coached 51 of his 54 years in college baseball at the Division I level. He coached 31 seasons in the SEC, won 1,373 games and went to eight College World Series with three different schools.